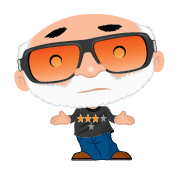 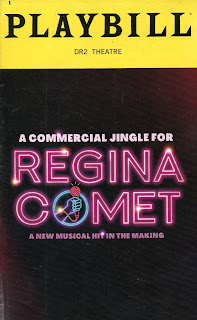 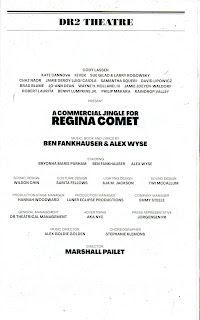 For my review of A Commercial Jingle for Regina Comet, please click on THEATER LIFE.
Posted by Samuel L. Leiter at 5:49 PM 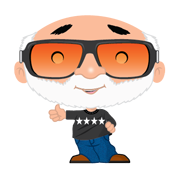 For my review of Sanctuary City, please click on Theater Life.
Posted by Samuel L. Leiter at 4:13 PM 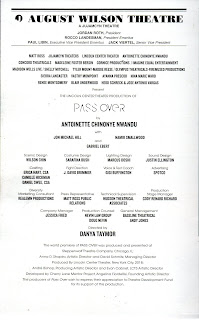 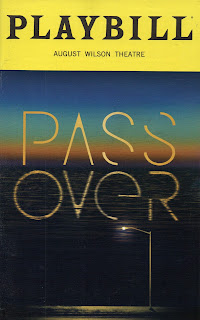 On Saturday afternoon, September 11, 2021, I saw Pass Over, my first show since March 10, 2020, eighteen months earlier, when I saw The Girl from the North Country just before the pandemic closed down New York’s theatres. (I’ll get to Pass Over in a minute.) I was as nervous at entering a crowded theatre as I was taking the subway from South Queens. I even wore two masks on the train (where a handful of jerks were unmasked) and in the theatre.

I was cautiously early, so, with the weather as beautiful as it was twenty years ago on that more fateful 9/11, I exited the subway at 34th Street and walked to the August Wilson Theatre on 52nd. Having visited Manhattan only once during the lockdown, this was my chance to reunite, unmasked, with the midtown I’d missed for so long, and, with traffic considerably lighter than before, breathing what felt like cleaner city air.

The cityscape had changed a bit. Scaffolding, still ubiquitous, covered different facades, familiar storefronts were shuttered, new businesses had opened, and excavations, like the one at 34th and 8th, replaced landmark buildings. But most eye-catching was how slender the 8th Avenue crowds were, especially after I crossed the nearly deserted 42nd Street.

Those fabulous side-streets in the forties, with their marquees blaring the names of prior and coming shows, were nearly empty. Back in the pre-Covid days you needed a bulldozer to clear your way at matinee time in the theatre district. On Saturday, you could have roller-skated or scootered between the pedestrians and still kept your social distance.

Further, the surprisingly small queue showing its IDs and vaccination proof outside the Wilson was echoed by the ghost town gloom pervading the theatre's auditorium. The recently reopened musicals, Hadestown and Waitress, are said to be doing boffo business (Waitress even broke a single-performance record), but Broadway audiences seem to be giving Pass Over a pass over of their own, at least at the performance I attended.

Perhaps that’s because Antoinette Chinonye Nwandu’s provocative, but ultimately disappointing, avant-garde comedy-drama, which opened three weeks ago, itself feels so forlorn on Broadway. This may have something to do with its being available in a Spike Lee-directed streaming version on Amazon Prime. Pass Over has a solid pedigree, of course, including a premiere at Chicago’s Steppenwolf Theatre and a highly praised staging with this very same cast and director at New York’s LCT3, Off Broadway at Lincoln Center, before the pandemic descended. I saw neither although I’m aware that there have been various revisions—especially of the ending—among the several productions the show has received. Not being qualified to comment on these, I’ll let them pass.

However, even a rave by Jesse Green in the Times hasn’t been able to overcome the box office lassitude toward what I assume—in spite of the favorable reviews—to be less than favorable word-of-mouth about a play that would surely work more potently on an Off-Broadway stage, like the LCT3’s. At the Wilson, at least most of the time, it looks undernourished.

Lots of people obviously favor Pass Over, Broadway’s first new play since it closed up shop. It has a very decent 78 on the Show-Score review aggregating website. And sixteen individual and institutional producers are designated at the top of the Playbill credits. It deploys socially relevant themes, including the urge to escape from economic oppression, the curse of plagues, and, most ferociously, American race relations, particularly the monstrous problem of white on Black police brutality. Nwandu’s distinctive approach blends gritty realism with dreamlike surrealism in a script with obvious reflections of Beckett’s absurdist masterpiece, Waiting for Godot.

But, despite its woke goals, its superb three-man, four-character performance (one actor plays two roles), and Danya Taymor’s inventive staging, it fails to be more than momentarily engaging, and makes more of a cerebral than an emotional impact.

Moses (Jon Michael Hill) and Fitch (Namir Smallwood) are the Didi and Gogo avatars, two Black street dudes on a generic ghetto street corner designated as such by designer Wilson Chin’s placement, against a dead black backdrop, of a milk crate, a tire rim, a tire, and, looming like a gallows, and a street lamp. (Near the end, the background undergoes a mystical transformation.)

Moses, whose name fits his leader-like aspirations, and Fitch, his follower, fill their time with petty preoccupations (including Fitch often working away at a foot problem), role-playing, games (as per the vaudeville-like shtick in Godot), and lamenting the sorry state of Black men in a world where fear of the police (the “po-po”) haunts their every thought. Moses wants to lead Fitch out of this miasma by leaving the block—a stand-in, it’s implied, for the plantation—to which conditions have enslaved them. In other words, to “pass over,” as in the Biblical tale of the Jews fleeing to the Promised Land. Toying endlessly with their baseball caps, like Didi and Gogo with their bowlers, they speak in artfully heightened, crude street dialect, riddling their dialogue with countless repetitions of the n-word.

Perhaps some will argue that this insistent usage has some higher literary and sociological value that I’m unable to appreciate, but hearing it so often on the stage (as on the subway) becomes increasingly uncomfortable, regardless of whatever point it’s intended to make. There is even a scene in which a third character, a lily-white man named Mister (Gabriel Ebert), who has entered some time before, confronts Fitch and Moses about it, in the usual debate about why is it okay for Black people to call one another niggers while a white person isn’t even allowed to use it in a non-offensive way.

Mister, by the way, is the name in the program, but what I kept hearing was “Master,” which fell on Moses and Fitch’s ears like the explosive crack of a slave-driver’s whip. [See my note on the name, below.] One might say that if Fitch and Moses are ultimate archetypes of smack-talking street guys, Mister/Master (it’s not explained if this is his last name or his first), nattily dressed by Sarafina Bush in an off-white suit, is perhaps the ultimate stereotype of the well-meaning, effete, polite, educated, goofy, gee whiz kind of white man, the kind who would never knowingly say something inappropriate. In fact, his carefully articulate vocabulary is peppered with gollies, goshes, and similar vacuities. Benign as he is, it's impossible not to feel an undercurrent of tension in his presence. (Interestingly, Ebert’s understudy is actress Andrea Syglowski, whose mere appearance would likely open the play up to gender-related nuances.)

[Note: In the script, which I received after this was posted, the character is listed as "Mister," just as in the program, but he does indeed pronounce it as "Master." When--in the playwright's lowercase style, Moses says, "yo mister," Mister answers that it's "master," repeating, "master, my name is master." Just because I heard correctly doesn't mean I'm not still confused.]

Mister (or whatever) encounters Moses and Fitch when he gets lost on his way to his ailing mother’s home, carrying an endlessly giving basket of food, like Red Riding Hood on her way to grandma’s. He is as exaggerated a symbol as the other character Ebert plays, a cop named Ossifer (a cross, perhaps between Officer and Lucifer?), who soon betrays his true, blue colors as the representative of police oppression.

Gradually the play moves ever further into the realm of fantasy, mingling images of violence (fight direction by J. David Brimmer), religion, and death (passing over, get it?). Posterior male nudity makes two unnecessarily distracting intrusions as well.

Hill and Smallwood offer vivid, engaged performances, shifting deftly from their street personas to affected “white” speech during several satirical routines. Ebert, a gifted musical theatre actor who gets to warble ironically intended songs like “Somewhere over the Rainbow,” “Oh, What a Beautiful Morning,” and “What a Wonderful World” (which latter the others join in on as Mister strums a ukulele), is delightfully versatile in portraying both the effete visitor and the ruthless cop. And Taymor (good genes, obviously; Julie Taymor is her aunt) comes through with her handling of the play’s rhythms and the choreographic way she has with her actors.

But these are not enough to lift this earnest effort out of the head-scratching doldrums into which it sinks before its ninety minutes are concluded. Pass Over is here for only a limited run and, since there’s presently no competition from any straight play on Broadway (the one-man Lackawanna Blues is soon to open), you might want to read some other responses before deciding whether or not to give it a pass.