"What a Piece of Work Is a Woman" 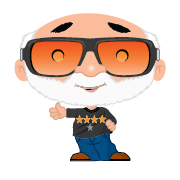 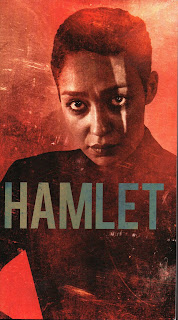 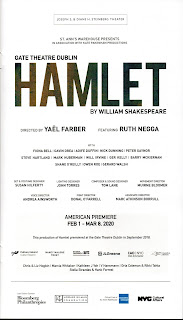 Ruth Negga, an outstanding Irish-Ethiopian actress, is currently earning major props for her performance of the title role in Hamlet, in South African director Yaël Farber’s widely acclaimed production at St. Ann’s Warehouse, following its premiere at Dublin’s Gate Theatre. See, for example, the encomiums heaped upon her in Ben Brantley’s New York Times review.
Negga, 38, is an exceptional talent, and she performs with as much stirring intelligence and passion as any equally gifted male actor. If one may be so bold, however, the question must be raised as to whether that’s enough to justify her being cast as the Prince of Denmark.

A little history: gender-bending productions of Shakespeare are as old as the plays themselves, of course, since young men played the women’s parts in the theatre of his day. But, since the Restoration period, the convention of males playing males and females playing females became standard. Then, in the late 18th century, the great British actress Sarah Siddons began experimenting with male roles, most importantly that of Hamlet, which she played only in the provinces. Subsequently, a number of actresses brought their interpretations of Hamlet to audiences in London (Elizabeth Powell, 1796), New York (Sarah Bartley, 1820), and elsewhere, not only in English-language theatre. Last season, for example, we were reminded of 19th-century French actress Sarah Bernhardt’s Dane in Bernhardt/Hamlet.
Although still an only occasional gambit, it’s no longer unusual for an actress—both stars and lesser lights—to tackle Hamlet, as well as other iconic Shakespearean males, like Lear, playing them as men, not women, although that’s what Kathryn Hunter did for her portrayal of Timon in recently closed TFNA revival of Timon of Athens. This is a big subject, fraught with debatable issues, so I’ll simply state that, in most cases involving the great male roles, my preference is to see them played by gender-appropriate and not gender-bending actors.

I say this not because I believe no actress can believably embody the psychological, intellectual, and emotional qualities of a role like Hamlet, but because theatre is a visual and aural medium in which we see and hear the performance right in front of us. And, while some female actors may have all the technical and physical, including athletic, requirements to convincingly portray a heroic male role—which Hamlet definitely is—such a package is rare.

Ruth Negga, for example, is 5’ 3” and probably weighs close to 100 pounds. As costumed by the redoubtable Susan Hilferty in this modern dress production—which offers few garments anyone attending modern dress Shakespeare hasn’t seen before—she mostly wears a closefitting black jacket, a white shirt, and skinny black pants. For much of the time, she wears just the shirt and slacks, making her resemble a harried busboy.

Her diminutive presence among the hulking, substantially larger male actors, creates nothing like the impression we get from Ophelia’s words:

The courtier’s, soldier’s, scholar’s, eye, tongue, sword,
Th' expectancy and rose of the fair state,
The glass of fashion and the mould of form,
Th' observed of all observers, quite, quite down!

Instead, we see a slight, androgynous physique, whose female breasts are clearly apparent, especially when Hamlet returns from England dressed in a formfitting black sweater (and even tighter pants). We are thus forced to constantly remind ourselves—including those moments when Hamlet and Ophelia have their smooch fests—that we must willingly suspend our disbelief to accept the character on Shakespeare’s terms.
Nor does Negga’s voice, rich and potent as it is, alter our perception of her femininity. Her speeches, filled with incisive readings—tragic, contemplative, and witty—remain rooted in her womanly expressivity. I could go on but the point is that Negga—like other actresses I’ve seen as Hamlet, including Dame Judith Anderson—gives a perfectly fine performance that never makes you actually accept her as a man. It’s much like watching a 300 pound diva singing Cho-Cho-San and forcing yourself to believe she’s a delicate Japanese maiden.
The arguments pro and con regarding Hamlet’s masculinity versus his femininity—some even have theorized he’s actually a woman—go on and on, as in this Times piece by Leslie Bennetts, but the notion that he’s more feminine than butch has always rung false with me. All the more so for having seen the thrilling, unforgettable performance of Donald Madden for the Phoenix Theatre in 1961, still the best I’ve ever witnessed.

Negga’s Hamlet, for all its thoughtfulness and sensitivity, works hard to convey a sense of manly purpose, with outbursts of virulent anger balanced by rapier-like satiric thrusts, rather than enervated philosophizing. Farber’s production, while subject to dull spots, is generally energetic, performed on Hilferty’s bleak set showing 16 doors along the upstage area and down the sides, reminiscent of Meyerhold’s famous set for his 1926 The Government Inspector. John Torres’s ominous lighting, making much use of fog effects, fills all the nooks and crannies with mood-enhancing effects, made even broodier by Tom Lane’s sound and music creations.
The script—despite occupying nearly three and a half-hours—is filled with emendations, cuts, rearrangements, and the like. The alterations are both minor, like changing “bodkin” to “blade,” and major, like eliminating all the Fortinbras business and bringing the action to a close with “The rest is silence.” No one jumps in Ophelia’s (Aoife Duffin) grave, by the way, and the gravediggers’ lines are divvied up among three, not two shovel-toting men (Will Irvine, Ger Kelly, Gerard Walsh). And those “gravemakers,” as the program calls them, wearing bowler hats reminiscent of the three blind men in Durrenmatt’s The Visit, serve throughout as a sort of silent chorus when death is imminent, even assigned the task of rolling corpses about on gurneys.
Within this gloomy world, Farber mingles straightforwardly traditional staging with her own theatrical innovations. Considerable use is made of the auditorium for action set along the aisles, including locations along the side walls. The Ghost (Steve Hartland) seems to find such places congenial. If you’re seated in Row H, which is separated by a metal bar from a cross-over aisle, you’ll be fortunate enough (as was I) to be only inches from actors placed there on a couple of occasions. One includes Horatio (Mark Huberman), Claudius (Owen Roe), Gertrude (Fiona Bell), Polonius (Nick Dunning), and others taking their seats to watch the Players enact the play-within-the-play designed “to catch the conscience of the king.” Roe's thinning scalp being right beneath my nose, I could have counted all its hairs.

Directorial coups include a billowing, translucent plastic curtain that descends for ghostly effects, and a bright red curtain that drops suddenly to represent the arras hiding Polonius in Gertrude’s closet. The final duel (directed by Donal O’Farrell) is, thankfully, with traditional fencing swords, both Laertes (Gavin Drea) and Hamlet wearing protective masks. No furniture is present for this climactic scene, however, so bodies are strewn around on the floor, supplemented by a cloudy upstage tableau in which all the play’s dead characters appear to emphasize just how many victims there are in Hamlet, almost as if in recognition of the coronavirus.

Solidly acted, directorially imaginative without being excessively gimmicky, and attractively designed, this Hamlet is praiseworthy if unexceptional. But since its heart is in the hands of a Hamlet who, regardless of her talent, never for a moment convinced me she was anything but a gifted artist playing a role she understood but could never fully inhabit, I was unable to give her my own heart. To paraphrase the Bard: what a piece of work is a woman. Being Hamlet, though, is something else entirely.