"A Lesson for the One Percent" 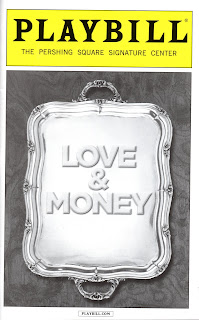 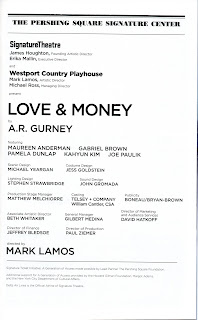 Horton Foote is no longer with us, and the 87-year-old Edward Albee hasn’t produced anything new in several years. If continued productivity at an advanced age is a criterion, the 84-year-old A.R. Gurney is a prime candidate for being dubbed dean of American playwrights. Since every season lately seems to offer at least one old or new Gurney effort, Off Broadway audiences can now visit his newest, LOVE & MONEY, while Broadway will soon enjoy a revival of his 1995 comedy SYLVIA.

LOVE & MONEY, a slight, formulaic comedy, briskly staged by Mark Lamos, has arrived at the Signature after a three-week run at the Westport County Playhouse (where it had its world premiere, despite ads giving the New York production that honor). However, in its conventional plotting, cardboard characters, and overall sense of artificiality, it too closely takes the advice of a Cole Porter song performed midway through, “Make It Another Old Fashioned, Please.” Fortunately, it clocks in at only an intermissionless hour and 15 minutes, which is just about as much as the old fashioned material can stand. 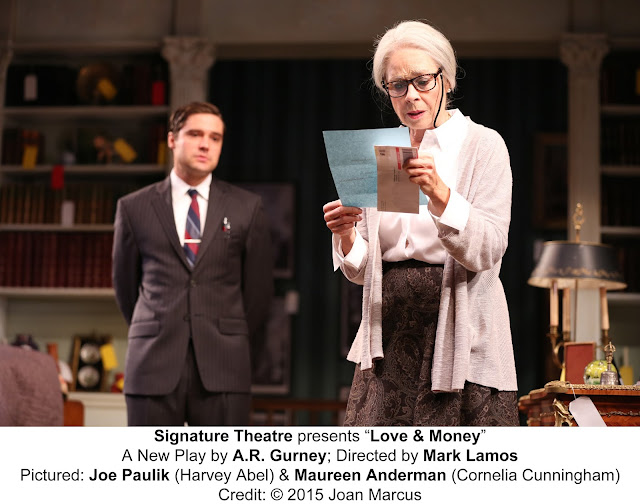 Mr. Gurney, known for his amusingly acerbic dissections of East Coast WASP society, returns to that satirical territory in LOVE & MONEY, set in a beautifully appointed Upper East Side brownstone library cum drawing room (designed by Michael Yeargan and lit by Stephen Strawbridge). The place belongs to the elegant, superrich, liberally-inclined, "self-hating WASP" dowager Cornelia Cunningham (Maureen Anderman), and all its expensive contents are tagged for sale. Cornelia, as she insists on being called, has decided to move into an exclusive retirement community (she calls it a “nursing home”) and give her many millions away to children’s charities; her own children are dead and her disappointing grandchildren will receive just enough to live on comfortably, since she fears the dangers of unbridled wealth. 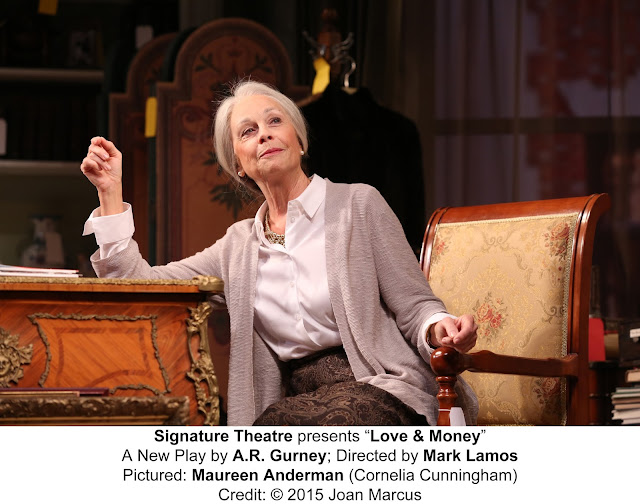 An uptight young lawyer, Harvey Abel (Joe Paulik), whose Latvian heritage becomes an unfunny running joke, is intent on advising Cornelia about how best to handle her financial legacy. When Walker “Scott” Williams (Gabriel Brown), a well-spoken, WASPishly well-dressed (by Men's Wearhouse), young African American arrives from Buffalo (Cornelia’s home town, and also Gurney’s) claiming to be the son of Cornelia’s late daughter, Harvey determines to reveal him as a gold-digging con artist. (The dialogue actually acknowledges the premise’s resemblance to John Guare’s SIX DEGREES OF SEPARATION.) Cornelia, however, seems taken with her newfound grandson, whose affection for and knowledge of F. Scott Fitzgerald (thus his nickname) and Porter (whom Cornelia calls “the poet of my people”), appears to have plucked her golden heartstrings. Of course, a bell goes off instantly in every playgoer’s head clanging, “DNA! DNA!” but it’s not till late in the play, when things have more or less been resolved, that the idea even enters the conversation. 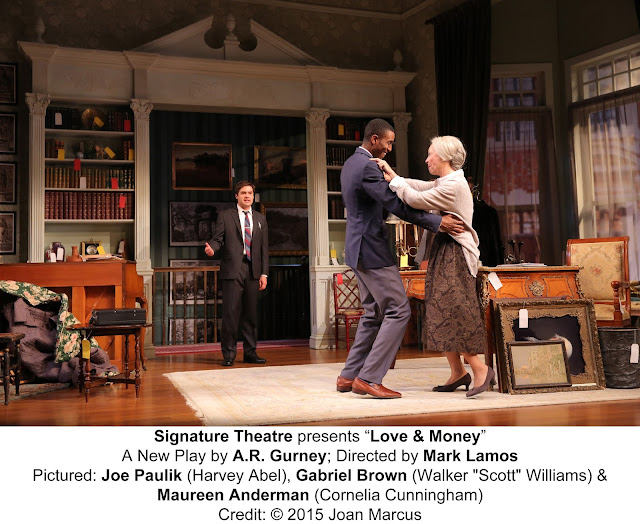 Filling out the cast of stock characters are Agnes Munger (Pamela Dunlap), Cornelia’s sassy Irish housekeeper and friend of many years, and Jessica Worth (Kahyun Kim), a Julliard acting student who hopes Cornelia will provide the school with her Porter-programmed player piano, at which she sings “Night and Day” and the aforementioned “Make It Another Old Fashioned, Please.” Surely, there’s no need to mention the romantic seed planted between her and the young man who’s shuffled in from Buffalo. 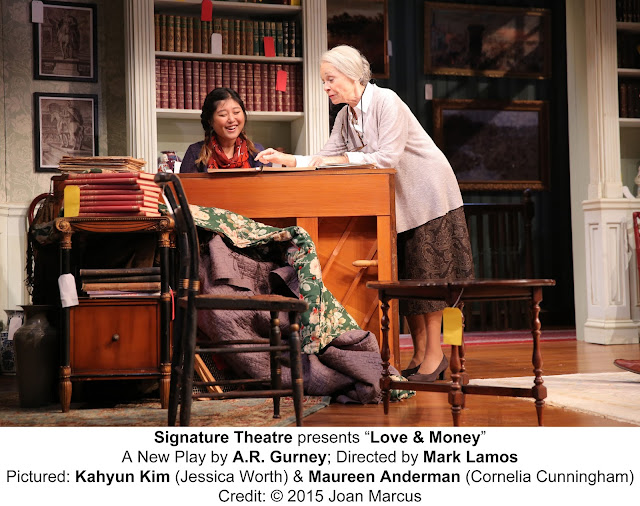 Cornelia is a sprightly (I’d say “spry” but Scott already does that, with diminishing returns) dame, her white hair carefully coiffed, her affinity for fox trotting to Porter undimmed, and her attempts to be quaintly up-to-date signaled by her tendency to fist bump and use words like “whatever”; on the other hand, she can also reveal a retrograde attitude when words like “google” enter the conversation: “Why does that sound so vulgar?” she asks. She’s more a device than a person, with inconsistencies like a tendency to rail against the curse of money while unabashedly using it to get what she wants. Because of her geriatric quirkiness, she gets away with occasional one-offs, like “The closest I’ve ever come to an affair with a black man is to vote for Obama.” 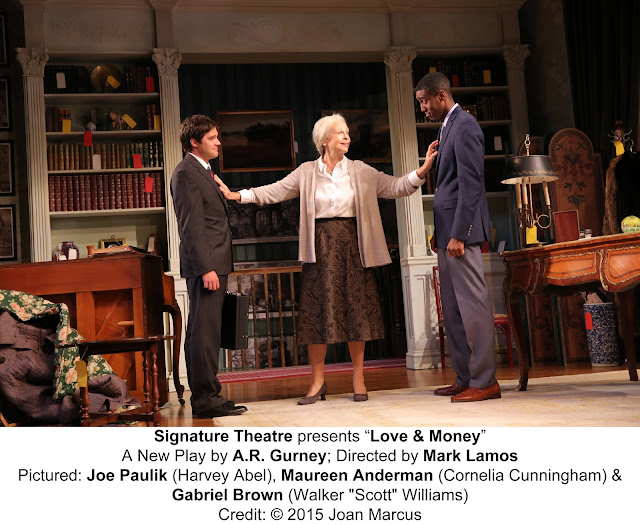 Ms. Anderman strives valiantly to make us love Cornelia, but the character’s implausibility only makes her efforts seem strained, which can also be said of the one-note Harvey, the transparent Scott, the two-dimensional Agnes, and the barely defined Jessica. It’s great to see Mr. Gurney continuing to produce, but it would be greater still if he could do so while maintaining the quality of his earlier work.