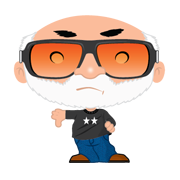 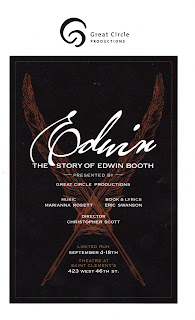 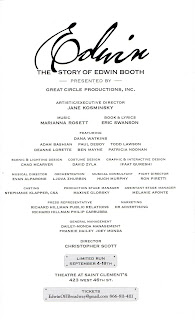 Following the assassination of Lincoln by actor John Wilkes Booth, the assassin’s older brother, Edwin (1833-1893), generally considered America’s greatest classical actor of the 19th century, was not sure he’d ever be welcome on a stage again. George C. Odell, who documented every New York stage production through 1894, writes of Booth’s return to the stage in his Annals of the New York Stage (vol. VIII):

[T]he king of tragic actors, Edwin Booth, began on January 4th, as Hamlet, that remarkable success of the preceding season. Booth had been in retirement since the terrible calamity of April 14, 1865. His sufferings had been dreadful, and it is thought that nothing but the pressure of financial obligation would have induced him to return to the stage. His friends urged him to this act, and, as it happened, public sympathy had been aroused in his behalf. The night of his re-appearance brought a vast, cheering throng to the Winter Garden [not the one currently on Broadway but an earlier, downtown version], which at once made evident the deep affection of the public and its determination to show the actor that he was in no way to be allowed to suffer for the outrageous deed of his brother.

This background cues the world premiere musical being presented at the Theatre at St. Clements, Edwin, the Story of Edwin Booth, in honor of both the 150th anniversary of Booth's return and the 400th of Shakespeare's death. It places us backstage at the Winter Garden on opening night of Booth’s first performance after Lincoln's murder. The show, with book and lyrics by Eric Swanson and music by Marianna Rosett, is an earnest attempt to wring some drama from Booth’s trepidation about what to expect from the public in the wake of his brother’s act, but the result is a talkative, tedious, two and a half hour exercise whose most interesting dramatic moment, which concerns Rob (Ben Mayne), the man assigned to protect Booth, comes a few minutes before the final curtain. That moment, when an interesting historical coincidence is revealed, one that has barely anything to do with what we’ve just watched, is possibly the spur that inspired the show; it does little, however, to salvage a work burdened, among other problems, with a drearily generic and derivative score and a dramatic treatment that’s more flatline than arc.
There’s a promising kernel in Swanson’s book, which is for the melancholic Booth (Dana Watkins) to think back on his life thus far. The play is structured as a series of flashbacks, and even flashbacks within flashbacks, expressing the brooding Booth’s relationships with his father, Junius Brutus Booth (Paul DeBoy), a British-born star whose alcoholism ruined him; his English mother, Mary Ann Booth (Deanne Lorette), a former flower girl for whom Junius left his first wife; Edwin's wife Mary (Patricia Noonan), called “Mollie,” who died in 1863 at 23; and his two actor brothers, Junius, Jr. (Adam Bashian), called “June,” and John Wilkes (Todd Lawson), called “Johnny,” who serves as a sort of provoking, jealous gadfly, although few words are spent on his dastardly deed.
What gives these troubled relationships the promise of novelty is the way they’re intertwined with Shakespeare’s plays, allowing snatches of Hamlet, Richard III, King Lear, Romeo and Juliet, etc., to somehow reflect the family crises and frictions in Edwin’s life. This Bardic oxygen, however, especially with the constant quoting of titles, acts, and scenes, is too thin to sustain a heartbeat, even with the occasionally clever ways it reveals Edwin’s guilt, as when it points to his failure because of drunkenness to be with his wife as she lay dying. Since almost everything’s a memory or imaginary there’s no forward thrust to the plot, no suspense, and no reason to wonder what’s coming next.
Those familiar with Booth’s early years, told in several fine biographies, will recognize much of this material (some of it dramatized in the 1955 movie, Prince of Players, starring Richard Burton as Edwin); Swanson squeezes in as many expository highlights as he can. Others are bound to be confused, especially as the ensemble plays not only the members of the actor’s family but those in his 1866 company, making fuzzy transitions as they shift from one to the other. The program helps a bit in identifying the historical figures, including period photos of the actual individuals, but the problem isn’t so easily solved.
The script moves back and forth in time across a simple unit setting, effectively designed and well-lit by Chad McArver, showing, at center, a wood-floored acting area and platform, backed by curtains, with additional spaces at either side, one designated as Booth’s dressing room, the other bearing a replica of the low-slung, courtly chair associated with Booth’s Hamlet. A three-person orchestra conducted by Evan Alparone sits up right. David Zyla’s period costumes also look fine, especially those replicating the Shakespearean garb worn back in the day. Christopher Scott’s sluggish direction, though, contributes to an air of torpor. Fight director Ron Piretti has provided a duel scene to liven things up, but, perhaps because it needs more rehearsal, what I saw looked rather clumsy and tame (especially after watching all 60 episodes of "Game of Thrones" this summer).
Most of the uninspired songs sound so familiar you may find yourself thinking, where’d I hear that before? There are even familiar lyrics: How about “He’s a man, He’s just a man,” which I suspect nine out of 10 theatregoers will recall being used in a certain Broadway classic. The two female roles are played by sweet sopranos, but the male singers leave something to be desired. Despite there being 20 songs they seem to come along almost as often as the A-train after midnight, leaving us with large lumps of lackluster script to get through as we wait for the next one to arrive. A friend I went with felt the songs almost seemed intrusive.
All the actors are smoothly professional but none is especially noteworthy, a major problem when the dramatis personae are based on acclaimed stage artists. Watkins, although he doesn’t actually resemble Edwin Booth, has a similarly dark and brooding handsomeness (he reminds me of Guy Pierce), but his voice and classical acting chops are too limited to make him a convincing avatar.
In 1983 Ben Kingsley starred in Kean, a one-man play about another brilliant, troubled, 19th-century star, Edmund Kean. It’s been 33 years but I still remember it. On the other hand, I'm already beginning to forget Edwin.
OTHER VIEWPOINTS:
Show-Score