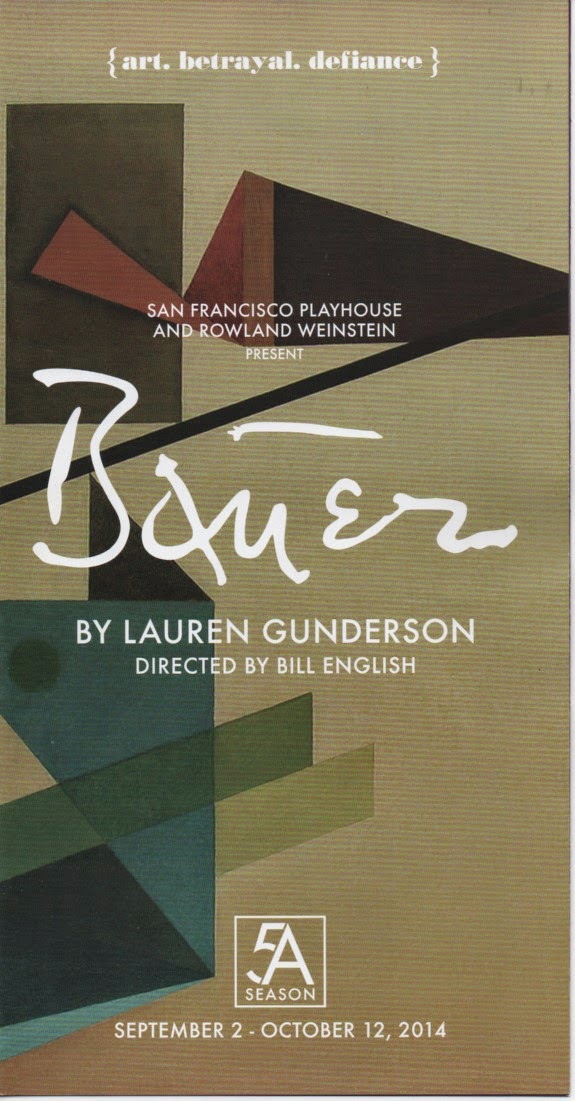 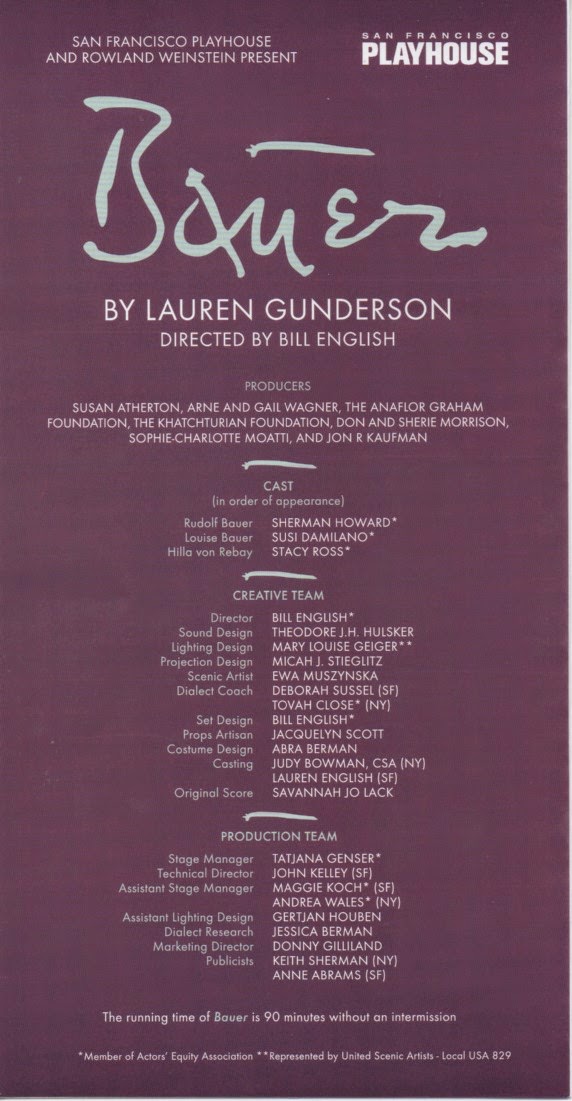 A smattering of Rudolf Bauer’s work is cleverly introduced during the course of the action via several striking projections (created by Micah Stiegletz) that spread across the stage, and, as alluded to earlier, the play concludes with a remarkable display of his artistry in a surprisingly phantasmagoric scene that abandons the play’s hitherto realistic style and boldly pictures the newly liberated artist slashing the air like an orchestra conductor as powerful brush strokes of color and form splash across the studio walls.

Apart from the premise of a meeting that never happened, and some artsy talk that borders on pretentiousness, Ms. Gunderson’s 90-minute intermissionless drama, which is not without some welcome caustic humor, makes effective use of a true story dramatic enough to sustain interest on its own. Still, the play does occasionally seem to wear out the thrust of its central conflict as Hilla and Bauer battle it out, calm down, and take up weapons again in an on-again, off-again tempest that gradually begins to seem stretched. Nevertheless, BAUER is a welcome arrival for those seeking an effective dramatization of a compelling tale with powerful moral implications, and for anyone interested in an introduction to the power of great abstract painting. Bauer’s work has slowly come back into favor since a 1967 exhibition at, ironically, the Guggenheim, which gave it an even more impressive showing in 2005. This play about his life will surely inspire many theatergoers to seek it out. ﻿﻿﻿﻿﻿﻿