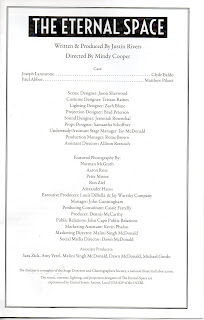 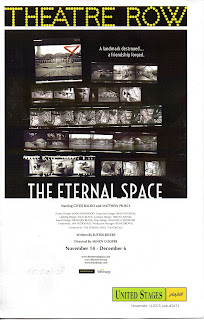 If you’re a New Yorker, imagine how you’d feel if you were to learn that Grand Central Station was going to be demolished so an office tower and sports arena could be erected overhead. Most likely, you’d feel as if a vital part of New York were being torn away, if not by the terrorism of a 9/11 attack then by the terrorism of capitalist expansion and architectural vandalism. You might also feel that a vital part of your own existence was being destroyed. Such a scenario is unlikely, of course, now that such edifices are protected by the Landmarks Preservation Act, but that act didn’t exist in 1963 when the soaring arches, gigantic windows, and steel, marble, and concrete structure of the monumental Pennsylvania Station—designed by McKim, Mead, and White and completed in 1910—began tumbling down, aged only 53. In fact, it was Penn Station’s tragic demolition that prompted the creation of the New York City Landmarks Preservation Commission and catalyzed a national preservation movement.


THE ETERNAL SPACE, a two-hander by Justin Rivers at the Lion Theatre, takes us back to 1963 when the three-year demolition of what the playwright calls “the most majestic train station the world had ever known” began. The play, which has been seen in several staged readings dating to 2012, imagines a series of confrontations between a rough-edged, young construction worker, Paul Abbot (Matthew Pilieci), and a cultured older man, Joseph Lanzarone (Clyde Baldo), who teaches English at Xavier High School in Brooklyn.


Joey, as Paul calls him, represents one of the many who decried the Cathedral-like station’s loss, and whose practice of sticking up protest posters interferes with Paul’s work, thereby setting up their initial confrontation. Paul, for his part, is a budding photographer who occupies himself when he’s not doing demolition work by taking photos of the cavernous place’s every nook and cranny, which he says he’s doing as a favor for his wife. Despite his obsessive picture taking, he seems unable to acknowledge that he’s performing a major act of historical documentation. Otherwise, Paul says he couldn’t care less about taking down the sooty old pile. Joey, however, like a stalker, continues showing up at Paul’s photo sessions, even as early as 6:00 a.m., annoying the hell out of him, but obsessively trying to convince him of the significance of the station’s obliteration.
The men’s conflicting goals and temperaments, their personal connections to the space, and their respective attitudes toward the past and present, the traditional and the modern, create a series of talky, artificial clashes, some interesting, others bordering on the didactic. At one point their conflict is expressed in an act of physical violence (contrived, I thought), but they ultimately reach a rapprochement and Paul’s photos are preserved as a book for which Joey writes the eloquent preface. The play gives the impression that these men existed, but they’re actually fictional, even though other photographers did document the demolition; in fact, a book of photos by Peter Moore, The Destruction of Penn Station (2001), served Mr. Rivers as his initial source of inspiration.
Under Mindy Cooper’s direction, Mr. Baldo, as the prim, articulate, and somewhat pedantic English teacher, whose fading sight adds a melodramatic touch to the developments, overplays the character’s prissiness a bit, while Mr. Pilieci’s laborer with the soul of an artist goes in the opposite direction to emphasize his salt-of-the-earthiness. Interestingly, a video clip of the two giving a reading from the play reveals more grounded and less stagey performances from both.


What makes THE ETERNAL SPACE most worth visiting is its striking visual conception. Set designer Jason Sherwood has made highly creative use of the Lion’s tiny stage by creating a forced perspective row of white, arched columns along each side with a central arch upstage, allowing the projection of 1,000 stills—combined with video photography—picturing the gradual dismantling of the massive institution. The all-encompassing images show the work of Norman McGrath, Aaron Rose, Ron Ziel, Alexander Hatos, and, of course, Mr.Moore. Brad Peterson is responsible for the exceptional projections, and Zach Blane assists with his varied lighting scheme. This is the kind of show that might have benefitted from the technical resources at 3-Legged Dog on Greenwich Street in the Financial District.