"Buzz the Right One In" 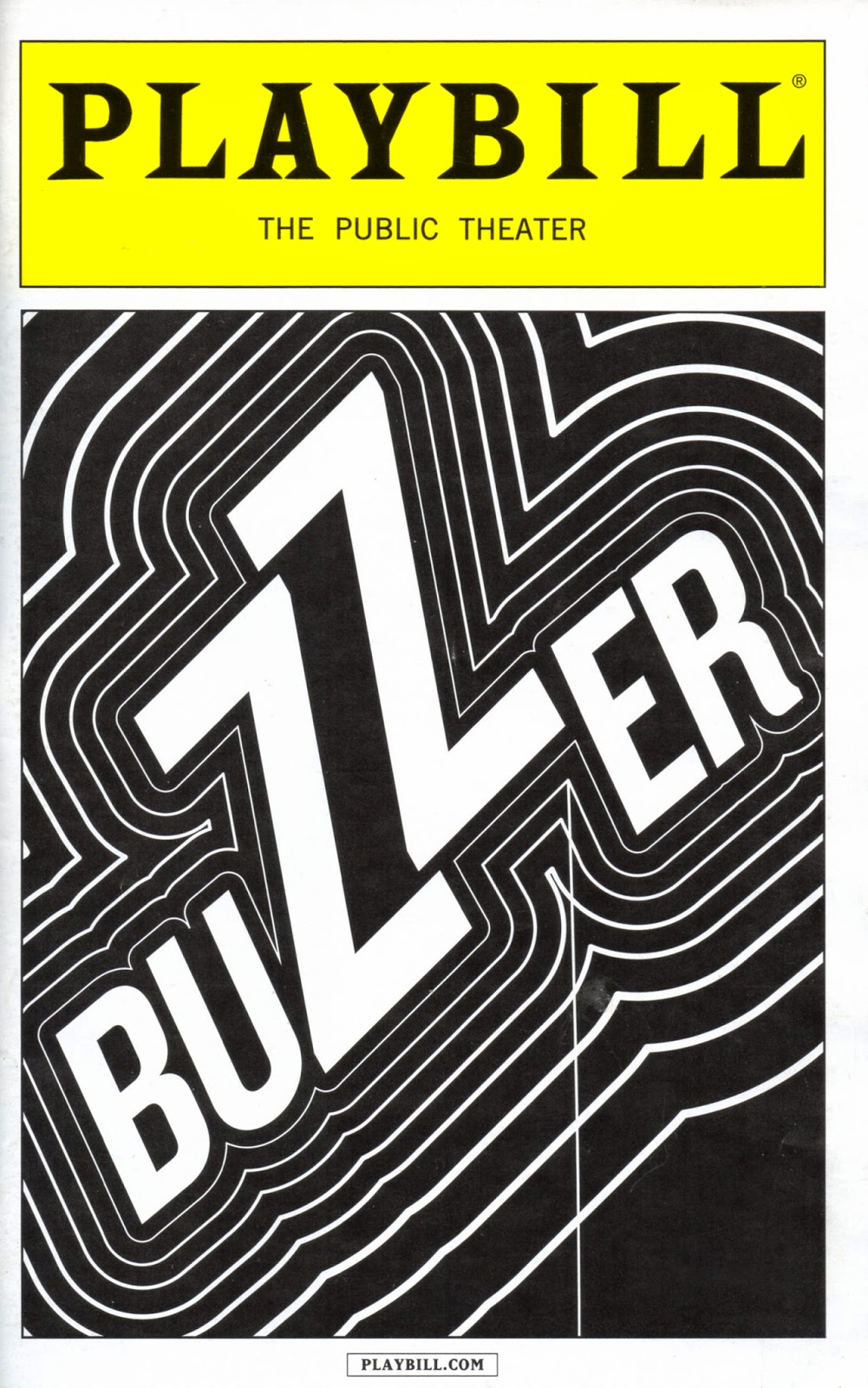 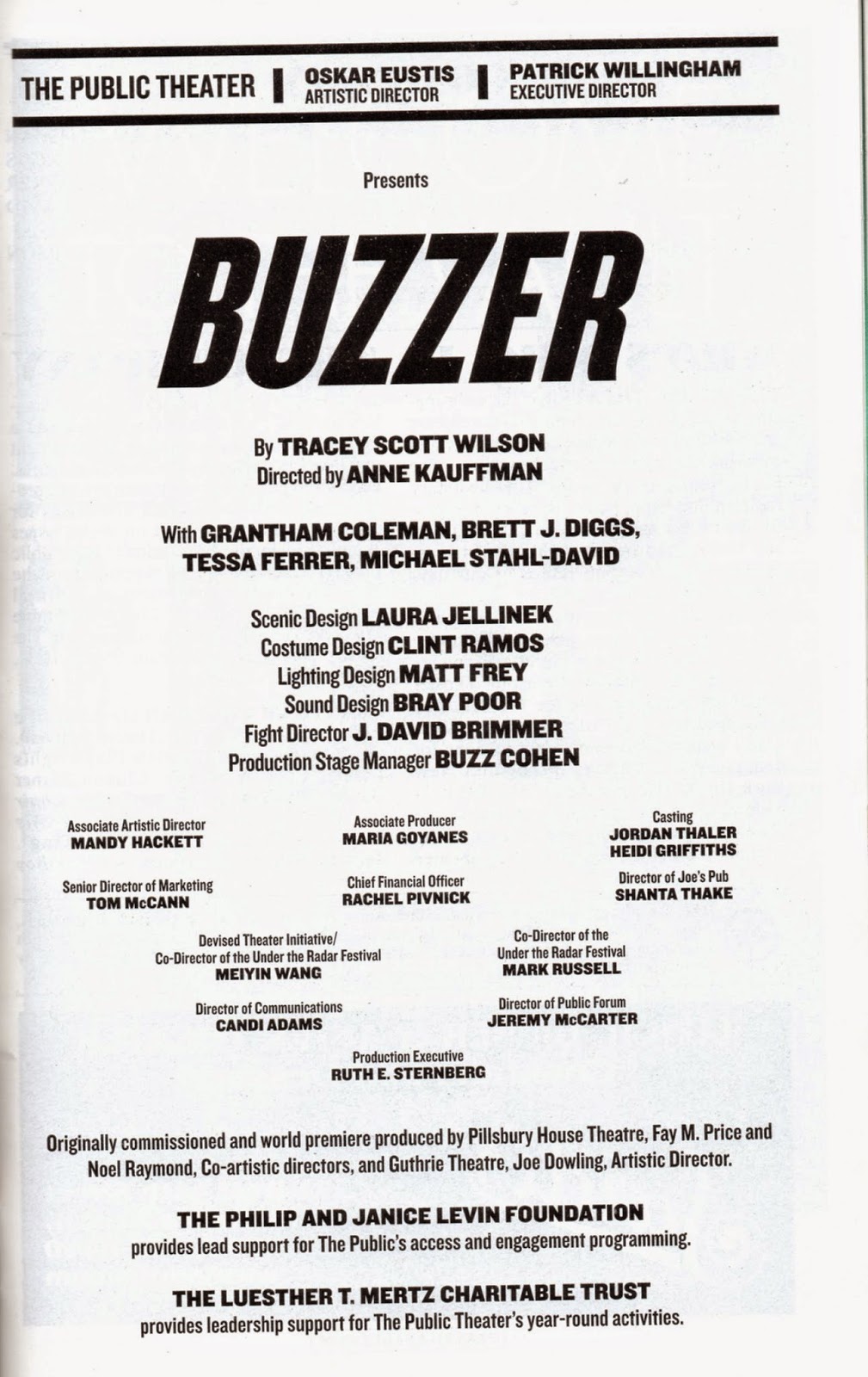 The title of BUZZER, Tracey Scott Wilson’s absorbing but not thoroughly convincing new tragicomedy at the Public, comes from an apartment buzzer whose intercom is on the fritz, forcing an occupant to visit the lobby to let someone in. Perhaps this is intended to suggest a breakdown in communication, which certainly happens among the play’s three main characters. Or maybe it’s meant to reflect the danger of living in a gentrifying but still edgy neighborhood, where the buzzer’s intended to protect you from unwanted intruders.
The apartment’s occupants, all in their 20s, are Jackson (Grantham Coleman), a highly educated (Exeter, Harvard, and Harvard Law), well-paid, black attorney, unhappy at work and preoccupied with the texts on his IPhone; Suzy (Tessa Ferrer), his white girlfriend, a tough-mouthed, inner city high school teacher, struggling not to smoke; and Don (Michael Stahl-David), Jackson’s close friend from Exeter, a rich white guy from Westchester who’s been in and out of rehab for drug and alcohol abuse eight times (seven, actually, since he never went to one).
The apartment is in a busy urban neighborhood—presumably Brooklyn, but how can Randolph and Sutter be in the same neighborhood?—recently known as a hotbed for dope; Jackson, who got into Exeter on a scholarship, grew up here poor, although he’s acquired the veneer associated with a successful white life style. Despite its seedy vestiges, like the “crack ho on the corner,” the hood’s upscale changes have convinced him to buy a spacious, renovated apartment to live in with Suzy, to whom he presents the purchase as a fait accompli. She’s reluctant at first, but things calm down until Jackson informs her—again without consultation—that he’s agreed to let the unemployed and recently evicted Don (who considers Jackson his “soul mate”) crash there for at least six months. Jackson loves the guy because he always treated him non-judgmentally. He does, though, lay down the caveat that if Don starts using again, he’s out.

Ironically, Don, the son of white (possibly racist) privilege, shares the street creds of the neighborhood youth, something that will affect Jackson’s perception of himself—he rejects the notion of a problem-solving Magic Negro—and lead to certain dramatic events. Don had lived for two summers with Jackson and his mother—who hated Don—when his own mom kicked him out. Suzy and Don have a bit of a private history, and, for all Jackson’s efforts to assure her Don’s changed, she’s very disturbed to have him here. As well she should be, though for reasons other than she first suspects.

Early on, Don declares that there should be no secrets among the trio; indeed, he says they should hold weekly “family meetings” to share everything with one another. Suzy’s reluctant, insisting that everybody needs to keep some things secret. Secrets and lies eventually become a significant thread in the group dynamic, and Don will have good reason to keep things close to the vest as the plot unwinds.

Once the undercurrents of the threesome living together come into play, there’s a slow increase in dramatic incident; true and false reminiscences arise (it’s one of those plays where people keep reciting youthful anecdotes, not always remembering them the same way), and interpersonal conflict bubbles. Some of this is riveting but credibility is occasionally stretched, especially with regard to something that transpires between Don and Suzy; also problematic is Jackson's increasing hostility, which seems more contrived than organic. The most intense events—connected to gentrification’s effect on turning insiders into outsiders—lead to a serious crisis after Suzy is harassed by some young black men hanging out across the street. 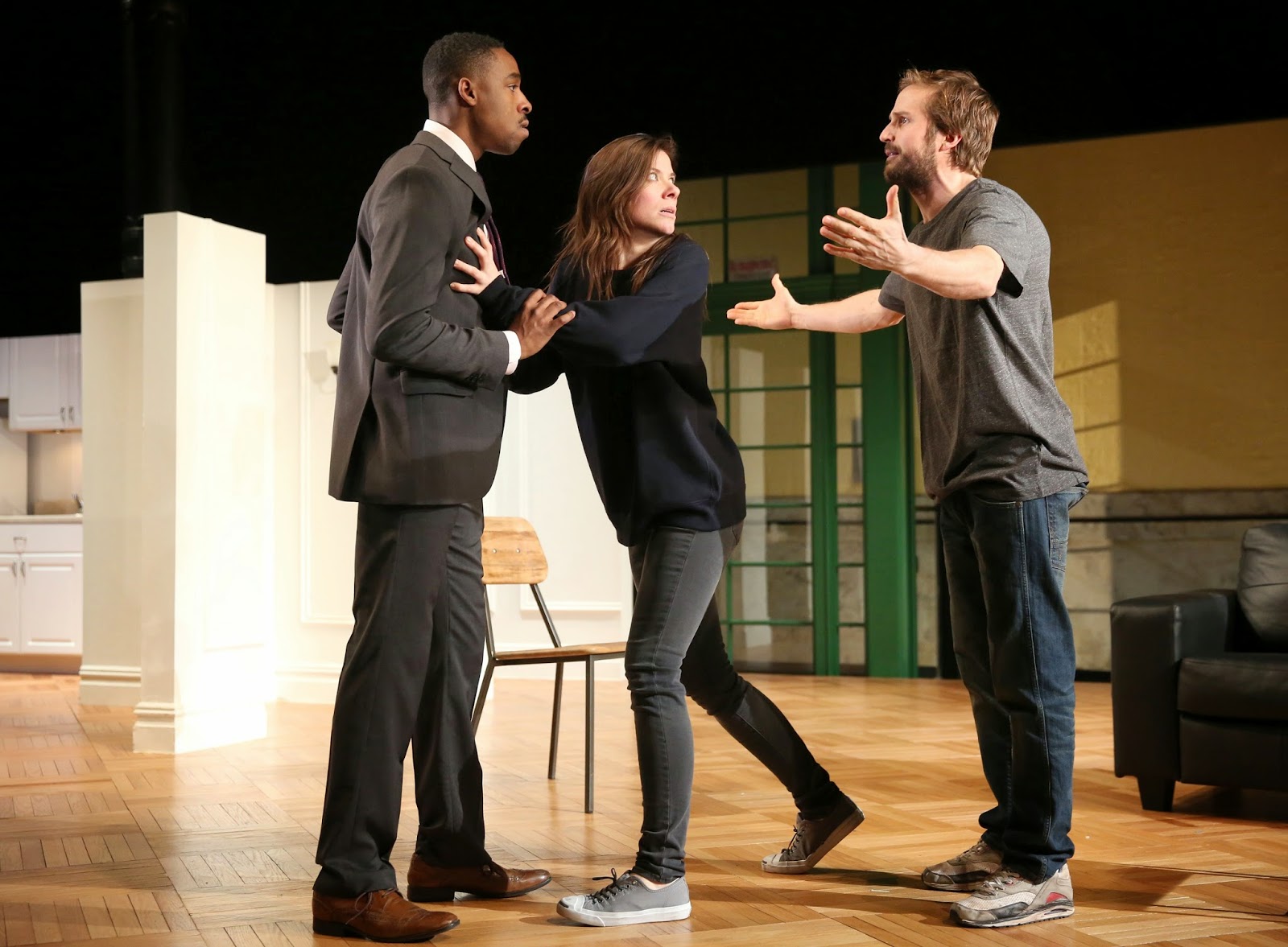 Anne Kaufman has directed BUZZER, which runs an intermissionless 90 minutes, with intelligence and a fine sense of style, making especially effective use of the way Ms. Wilson elides scenes so that they cinematically blend to move the action forward, or to create counterpoint effects in the dialogue. Her cast is solid down the line, with Tessa Ferrer bringing a perfect blend of toughness and vulnerability to the young schoolteacher, Michael Stahl-David capturing the jittery nervousness and emotional neediness of the recovering addict, and Grantham Coleman making the most of the young lawyer’s insecurity, affection, and anger. 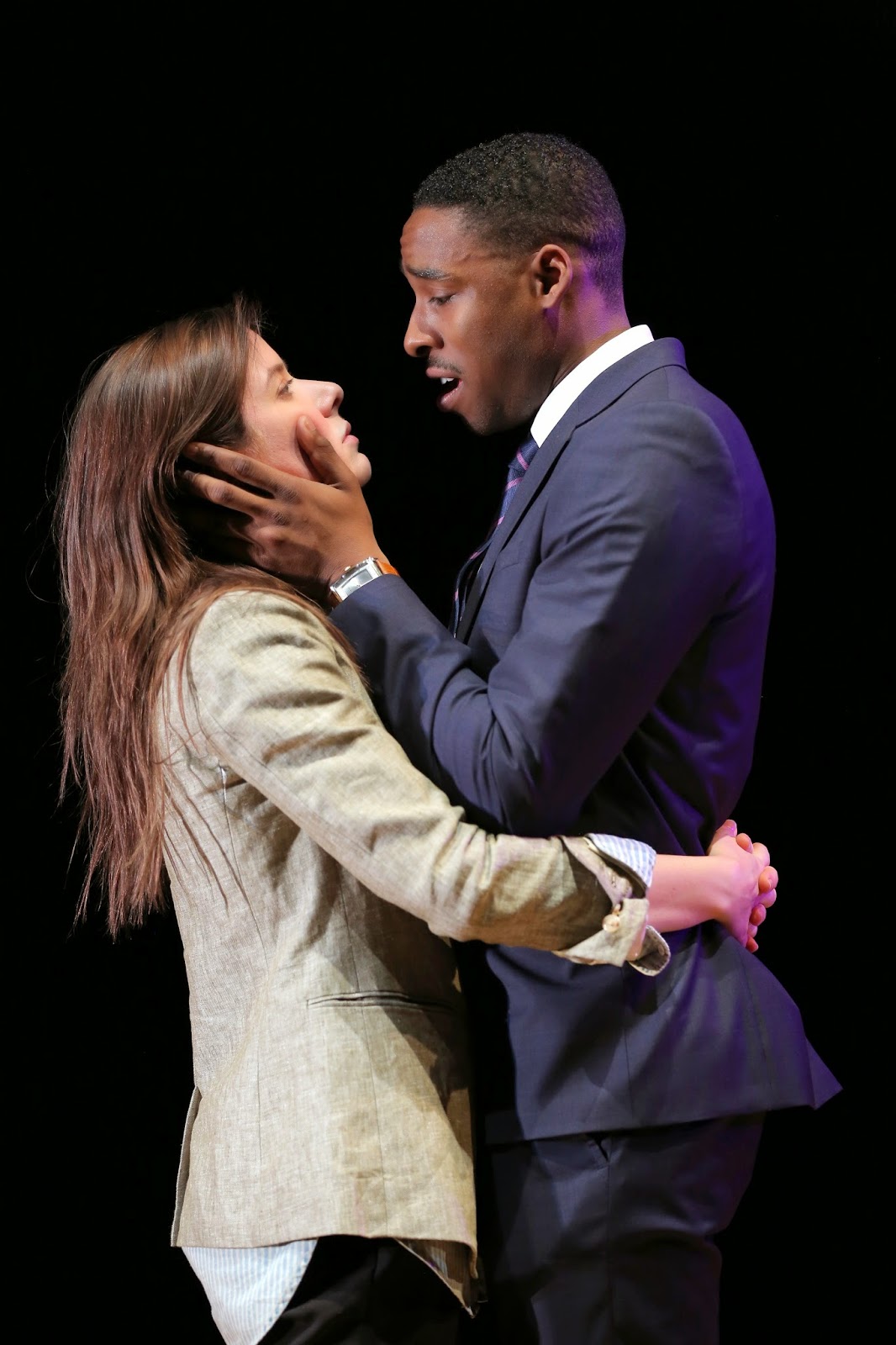 Laura Jellinek’s unusual set—brilliantly lit by Matt Frey—is little more than a grouping of thick, white, but partial walls, standing like Greek columns at stage right, with just enough detail (supplemented by a realistic kitchen barely visible upstage through the walls) to suggest what one might find in a renovated old apartment. The remaining space is occupied by a wood-floored expanse dominated by a leather couch, with no other descriptive markers, like windows, thus leaving everything outside to the imagination. Walt Spangler’s design for last year’s production at Chicago’s Goodman Theatre brought indications of the outside world into the picture, which might have been useful here, given the play’s concern with the interaction between the occupants of the apartment and the neighborhood. A surprise element outside the apartment does appear midway through when a section of the upstage black wall slides away to reveal the lobby and its glass-enclosed entryway.

BUZZER struggles with plausibility and may not deserve all the buzz its Chicago production generated, but it reveals Ms. Wilson's gift for crisp, juicy dialogue, and dramatic interaction. It also displays thematic heft in its concern with racism, communication, dependency, friendship, gentrification, and the balance required between truth and secrecy.