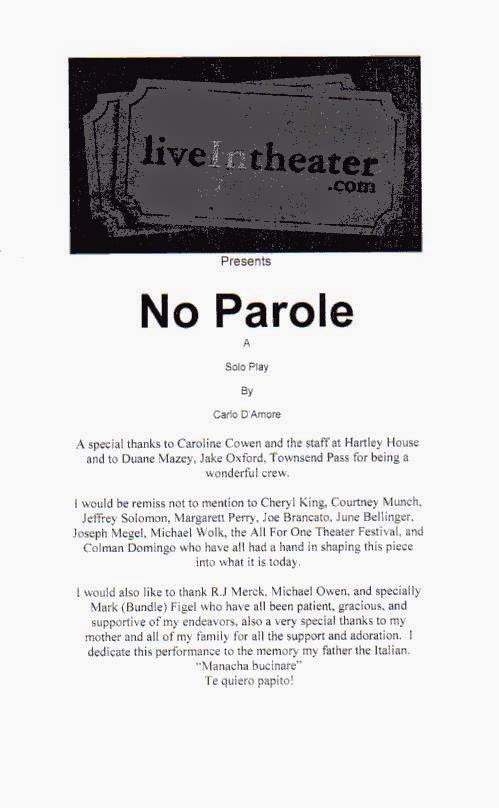 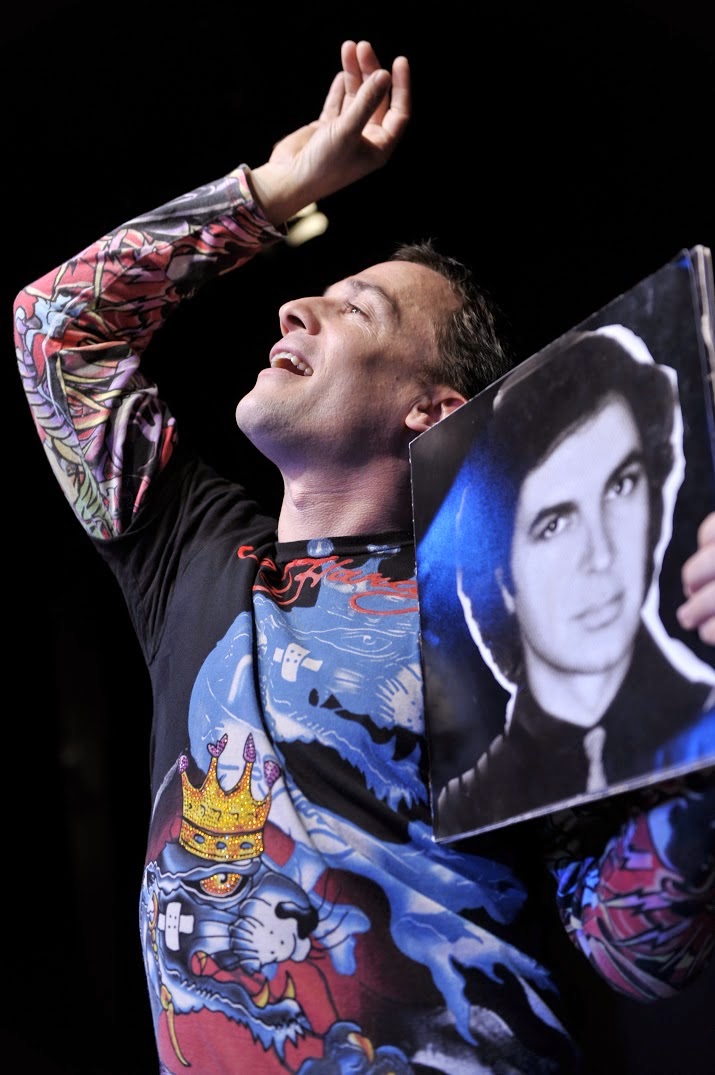 
NO PAROLE is a solo performance written by and starring Carlo D’Amore, a Peruvian-born actor, director, and writer who is  billed as the "creative director and owner of Live IN Theater Productions." It’s being given in a gymnasium on the fourth floor of Hartley House, on W. 46th Street, which provides social, cultural, and recreational services to the Hell’s Kitchen community. Part of the gym has been partitioned for the intimate performance, in which Mr. D’Amore stands on a simple black platform (there are no design credits) to recount his experiences with his eccentric mother, whom he describes as a con artist; he plays her both as a young mother and when older, after she’d suffered a stroke and come to live with him. To tell his tale of coming to terms with her behavior, which covers three continents over a period of 40 years, he plays multiple other roles as well, using no actual hand props (he holds his fingers together to suggest a joint) and switching rapidly from character to character. One of his best characterizations is that of a flirtatious worker in a gay health clinic.

Mr. D’Amore, who wears a colorful, short-sleeved Ed Hardy t-shirt over a long-sleeved one throughout, is a gifted mimic but his performance jumps so rapidly from persona to persona, and with so many leaps in the time frame, that the narrative grows muddled; I found myself spending as much time observing and contemplating his technique as attending to what he was saying.


In the piece, which has been performed elsewhere since at least 2008, Mr. D'Amore reveals his mother as a hell of a character, showing her as a fake immigration lawyer, a bad check passer, an avid shoplifter, and, of course, a convict when she went to prison. Frustrated as she could often make him, he demonstrates the depth of his love for her, liar, thief, and fraud though she may have been. The material will be of interest only to dyed-in-the-wool fans of the solo performance genre.