281. DON’T WAKE ME: THE BALLAD OF NIHAL ARMSTRONG 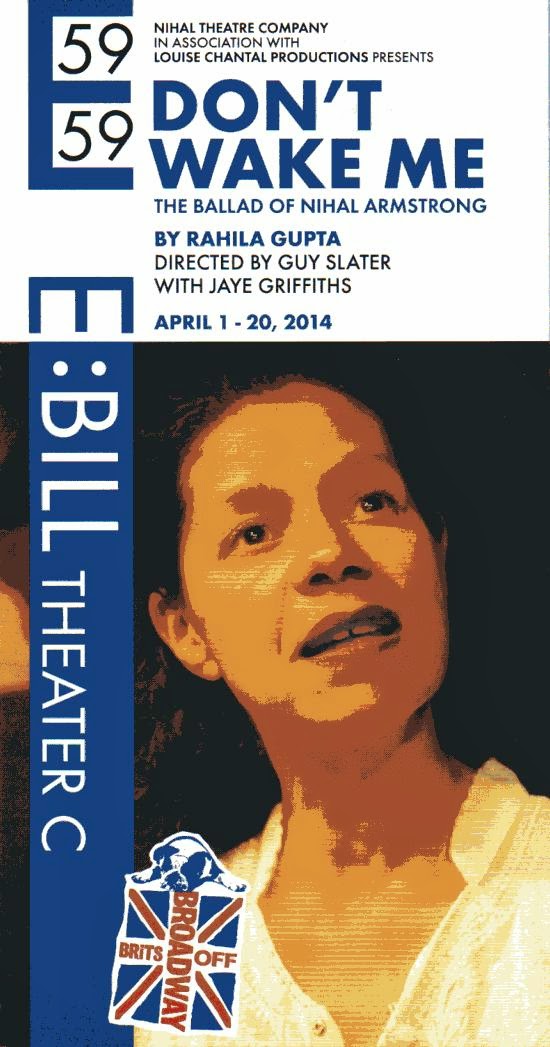 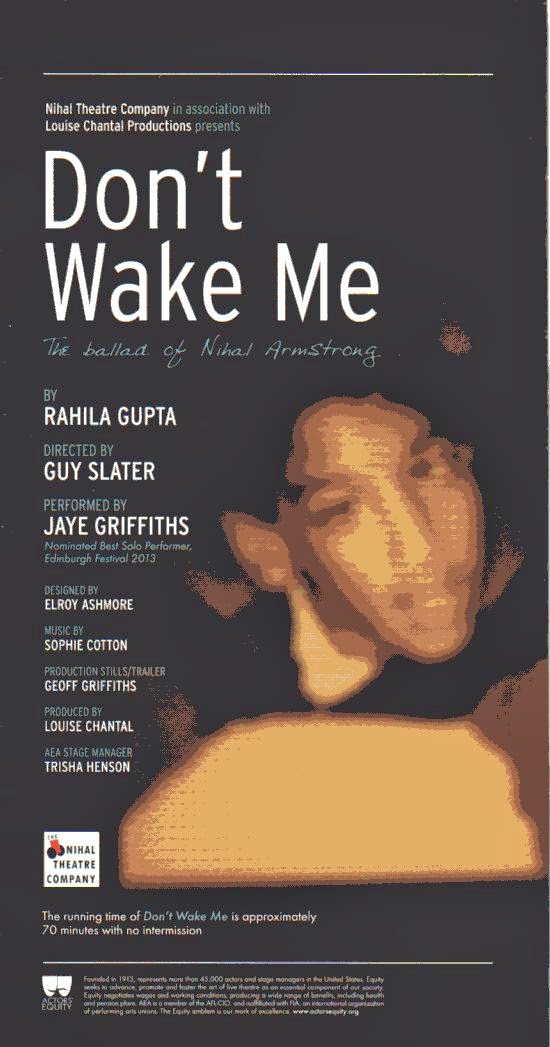 The first thing I wondered about as this solo performance piece concluded at 59E59 was why the compelling actress, Jaye Griffiths, would subject herself to such a grueling emotional experience night after night. She was so totally immersed in telling the story of a British mother whose child, a boy named Nihal, was born with severe cerebral palsy and died at 17, that—not having looked at the program beforehand—I was convinced the actress was the character she was playing.  Was this some kind of masochistic therapy, like a primal scream? Only when my companion noted that the play had been written by the real mother, the journalist Rahila Gupta, and not by Ms. Griffiths, did I realize my mistake; judging from conversations with friends, I wasn’t alone in making this error. 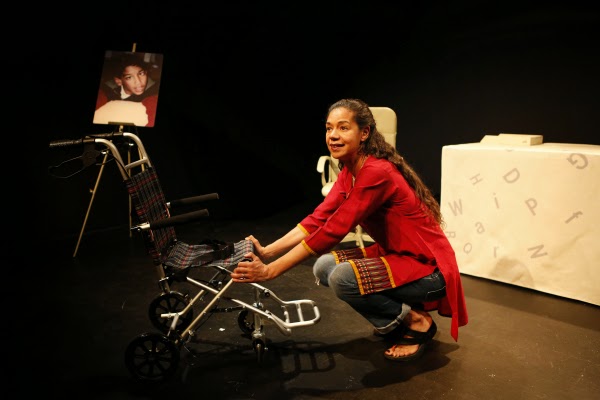 The script recounts the painful birth of Ms. Gupta’s son, her learning of his disability, her travails and joys in raising him, his medical setbacks and treatments, his intellectual achievements, his various experiences—pleasant and unpleasant, but mainly the latter—as his mother sought the best educational opportunities for him, and his early death. It’s written in a poetic style that, while overly literary at times, serves to slightly distance the material and prevent it from becoming too emotionally overwhelming; this, however, fails to stop Ms. Griffiths from finding her way to its pulsating heart and embodying all the high and low feelings that Ms. Gupta invests in her writing.


Ms. Griffiths, a slender 51-year old British actress, is gifted with a magnificent voice and crystalline diction; she’s the kind of actress one expects to see playing the grand roles of classical drama, but in DON’T WAKE ME (an entry in the Brits Off-Broadway Festival) she’s a contemporary mother faced with the anguish and desperation of raising a seriously handicapped child; she brings to the role, with its demandingly heightened language, all the hope and love that we wish such children always receive. Her celebration of Nihal’s small victories, her determination to make his life easier, and her grief upon his passing are registered with intense power and conviction. Unfortunately, the play comes off as too relentlessly grim, and, at the end, following an overextended section dwelling on the boy’s death, we’re nearly as exhausted from the ordeal as Ms. Griffiths, who was nominated for Best Solo Performance at the Edinburgh Festival in 2013.


The 60-minute piece has been effectively staged by Guy Slater in 59E59’s tiny Theater C, with just a few props, including a bassinet and two wheelchairs whose differing sizes suggest the growing Nihal. A picture of Nihal sits on an easel at stage right and a coat rack with a few costume items is upstage. The show’s minimalist design is credited to Elroy Ashmore, and incidental music is supplied by Sophie Cotton.


DON’T WAKE ME deals with depressing material, but the talent of Jaye Griffiths raises it to the level of theatre art.
Posted by Samuel L. Leiter at 8:32 AM