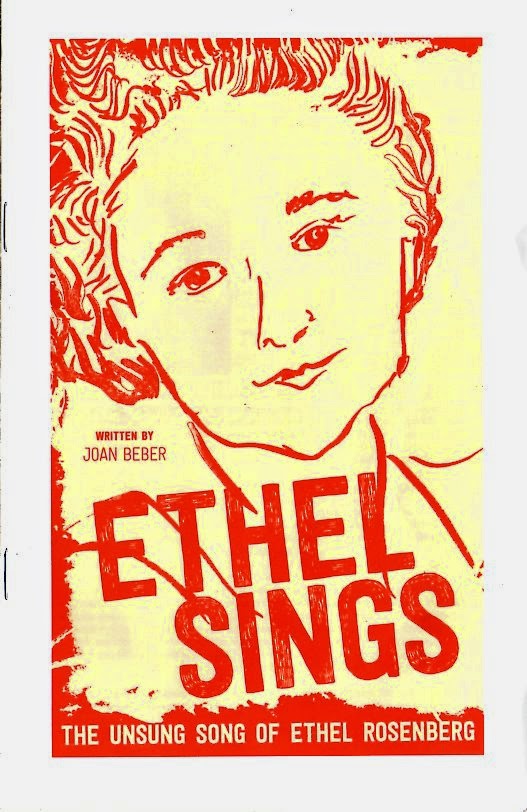 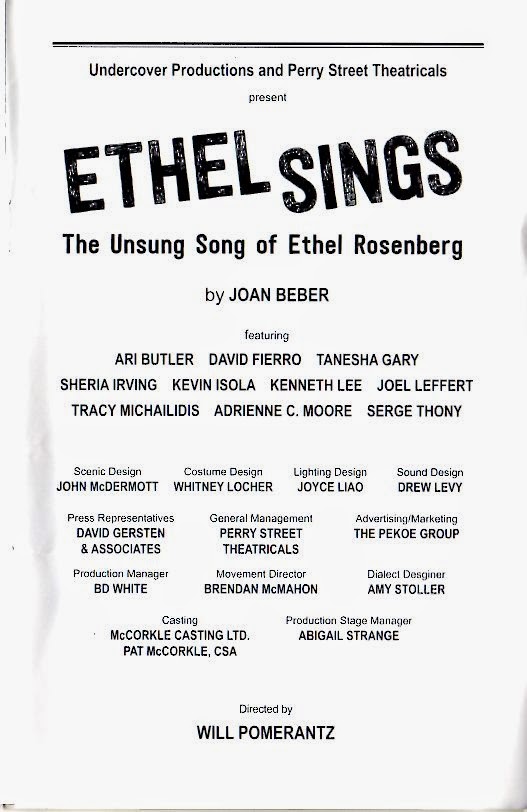 On Sunday, June 22, 1953, I was one of 8,000 people cramming the vicinity of the I.J. Morris Funeral Home on Church Avenue near Rockaway Parkway, in Brooklyn. A sight like this was strikingly unusual in this area bordering the largely Jewish neighborhoods of East Flatbush and Brownsville, a block south of what is now Brookdale Hospital. The occasion was the funeral of Julius and Ethel Rosenberg, executed for having passed atomic bomb secrets to the Soviets, a case that reverberated around the world, and continues to stir heated discussion today. 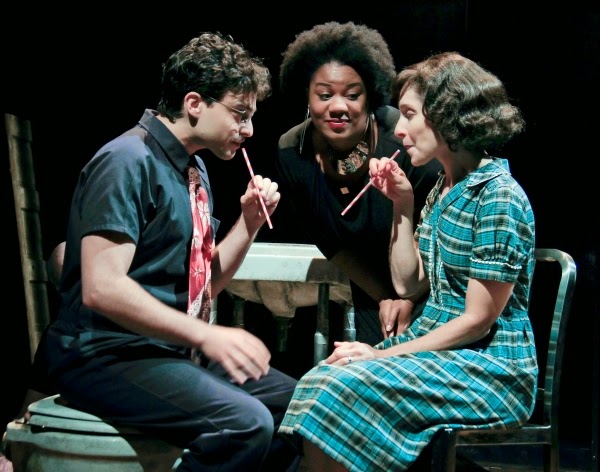 
I was only 13-years-old (my bar mitzvah was a week away), but I was mesmerized by the story of these communist sympathizers, partly because I was aware that one of the witnesses in the Rosenbergs’ trial was a relative named Ruth Printz Greenglass. She was the wife of Ethel’s brother, David Greenglass, a machinist on the Manhattan Project, which built the atomic bombs dropped on Hiroshima and Nagasaki. Ruth testified that the notes she passed to Julius from David were typed by Ethel, a claim later shown to be highly questionable but that nevertheless helped convict Ethel and send her to the electric chair. Ruth, sad to say, was the daughter of my grandmother’s sister, making her my father’s first cousin and my own cousin, once removed. Ruth, whose cooperation with the prosecution prevented her from going to prison, died in 2008, at 83. David (the Rat, my cousin Ronny calls him), who served 10 years of a 15-year sentence and later agreed that he betrayed his sister to save his own family, is still alive, living under an assumed name in Queens; he would be 92. 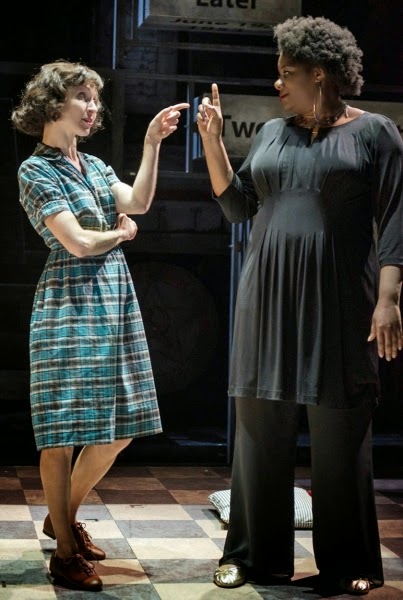 
The Rosenbergs, even during a time of rabid anti-communism, which was about to become even more rabid when Sen. Joe McCarthy began holding sway, fired up a huge national and international movement to prevent their execution, but despite various legal maneuvers, and a failed plea for clemency from Pres. Eisenhower, the couple was put to death on June 19, 1953. Julius died after a single electric shock, but Ethel was still alive after three shocks, and needed two more to finish the job. Witnesses saw a puff of smoke emerge from her head.


The story of the Rosenbergs remains fascinating because new revelations have continued to tumble forth over the years regarding the motives and actions of those involved, and the unfairness of the trial, making it increasingly apparent that, while Julius was certainly involved in espionage (on behalf of a nation that was then our ally), his actions were unlikely to have been as dire as reported; Ethel’s involvement is much fuzzier. At any rate, in light of what has since been learned, many experts concede that their punishment was excessive, and that there’s reasonable doubt about Ethel’s guilt. Lurking in the corners of the debate, of course, have been the shadows of anti-Semitism, especially since the judge was Jewish and may have been harsher than necessary so as to demonstrate his presumed objectivity.


This moment in history, which so perfectly defines the postwar Cold War hysteria in America, has become the seed of numerous books, articles, plays, and films. Joining such works as E.L. Doctorow’s The Book of Daniel, Tony Kushner’s Angels in America, the writings of Robert and Michael Meeropol (the Rosenbergs’ sons), Walter Schneir’s Final Verdict, and so many others, which often take a sympathetic look at the case, is Joan Beber’s new play, ETHEL SINGS: THE UNSUNG SONG OF ETHEL ROSENBERG, at the Beckett Theatre.


The inspiration for Ms. Beber, a distant cousin of Ethel Rosenberg, comes from the knowledge that Ethel (Tracy Michailidis) was, in her teens, an aspiring singer and actress. She even appeared as Joan of Arc in Shaw’s ST. JOAN while a student at Seward Park High School, on the Lower East Side. Tying the martyrdom of Joan to what Ms. Beber clearly believes is the martyrdom of Ethel is a viable concept that I don’t believe has been explored before; still, the playwright is unable to sustain the notion and it arises only sporadically in this ambitious but disappointing production. Similarly, Ms. Beber could have made more of the conceit of Ethel, the would-be actress and singer.


ETHEL SINGS is a highly theatricalized, even expressionistic presentation of the Rosenberg story, moving through time from the 1930s when Ethel and Julius meet and fall in love to their final moments. Despite its show biz trappings, the show sticks fairly closely to the well-known historical facts. Ethel and Julius are surrounded throughout by a racially mixed ensemble of seven actors dressed (by costume designer Whitney Locher) in navy blue prison suits that can either be altered by additional elements, or shed to reveal other clothing underneath. This approach allows each member of the ensemble to play more than one role. The nontraditional casting, however, is a distraction. Adult actors don't get away with playing the Rosenbergs’ little boys, Michael (Serge Thony) and Robby (Kenneth Lee), and nonwhite actors are cast in the roles of whites, including not only Ruth Greenglass (Sheria Irving), played as a flirtatious sexpot in the trial scene, but Ethel’s mother (Tanesha Gary), heavy Yiddish accent and all. Colorblind casting may be politically correct and artistically justified but there are times when it draws undue attention to itself; this is one of them.

A dominant presence is that of Loraine (Adrienne C. Moore), a plus-sized black actress in a large afro, who serves as both the matron of Sing Sing and a kind of sassy, sometimes jive-talking confidante-narrator (the promotional material calls her “an everywoman of many colors”), shifting the tone from that of the pre- and postwar years to present-day references as she deems fit. Her name suggests that she, too, is somehow a Joan of Lorraine avatar. She seems an intrusive theatrical device, however, and is not well enough written or performed to justify her involvement. (In an earlier version of the show, noted below, the role actually was Joan of Arc, played by Stasha Surdyke, whose ethnicity and appearance differ radically from Ms. Moore’s.)


John McDermott’s all-purpose set is an arrangement of steel platforming surrounding a raised checkerboard floor, one of whose permanent units is a closed toilet bowl. A large electric chair is visible up center, and a steel bed frame is used for multiple purposes, including being held upright so the mesh underbelly can serve as a prison door through which Ethel and Julius communicate. Signs indicating the year or giving other information hang from the platforming beams. The lighting and sound designers (Joyce Liao and Drew Levy, respectively) have been very busy, with numerous cues, including a number of moments when we are to imagine characters being jolted by electricity, as the lights flash, the air sizzles, and the actors quiver.


Director Will Pomerantz attempts to pull out as many theatrical stops as he can to turn the piece into a razzle-dazzle showpiece, slightly reminiscent of CHICAGO, but, aside from a few brief musical routines this isn’t—despite its ironic title and the idea of Ethel as a singer-actress—a musical. In fact, Ms. Beber’s approach seems ready-made for musicalization in a Brechtian mode. A lively score might have injected some much needed vitality into a show that, for all its busyness, is oddly lackluster and flat. Based on a review of the show’s first incarnation, last summer at Walkerspace, in a production directed by Jules Aaron with an entirely different cast and creative team, I suspect that there originally was more music in it, since Ben Goldsmith was credited for the "brilliant musical compositions" (which he played on a guitar) and no composer is currently listed.


Partly to blame for the general lack of excitement is the occasionally sluggish pacing and the routine, unexciting performances of the ensemble. Only Ms. Michailidis, who bears a slight resemblance to the somewhat pudgier Ethel Rosenberg, carries off her portrayal with a sense of truthfulness; of considerable assistance is her clear soprano, which is called on when Ethel bursts into an operatic song or two. Ari Butler presents a Julius handsomer than the original but close enough physically to be acceptable; he’s hampered, though, by a mediocre voice and a lack of stage charisma.


ETHEL SINGS, which is in two acts and clocks in at less than two hours, was originally subtitled ESPIONAGE IN HIGH C, which I like better than THE UNSUNG SONG OF ETHEL ROSENBERG. Still, the latter does amplify the wordplay in ETHEL SINGS, in that while Ethel could definitely sing songs, she refused to “sing” the names of other communists even though she might thus have saved her skin. And, of course, the name of the prison where she was executed is also subsumed by the new title. Perhaps the title was changed because the name Rosenberg had to be added to prevent people from thinking it a show about Broadway singer Ethel Merman. Some Mermanesque music, on the other hand, would have livened things up a bit.
Posted by Samuel L. Leiter at 8:35 PM