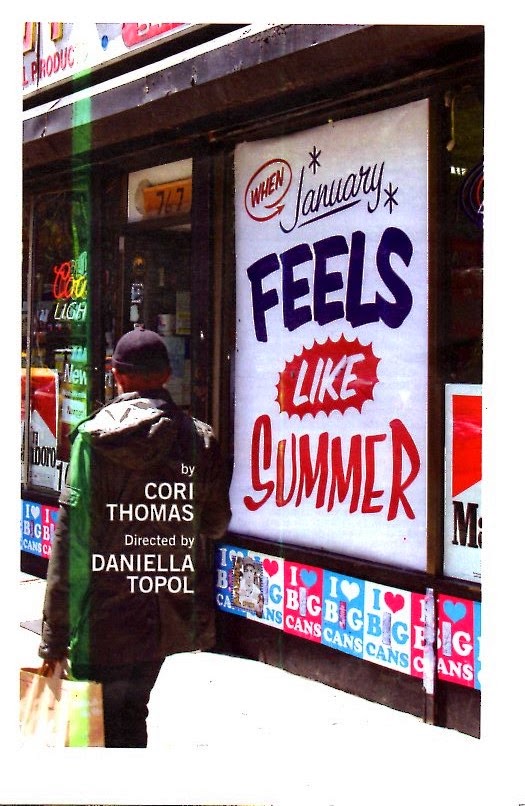 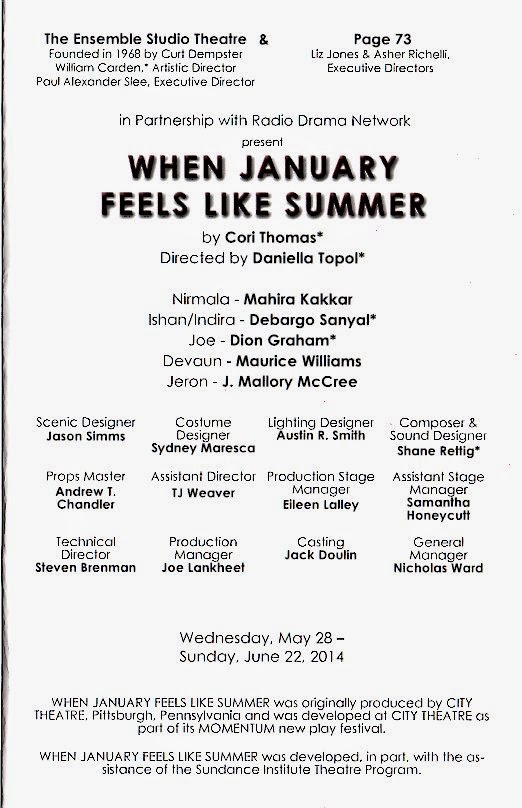 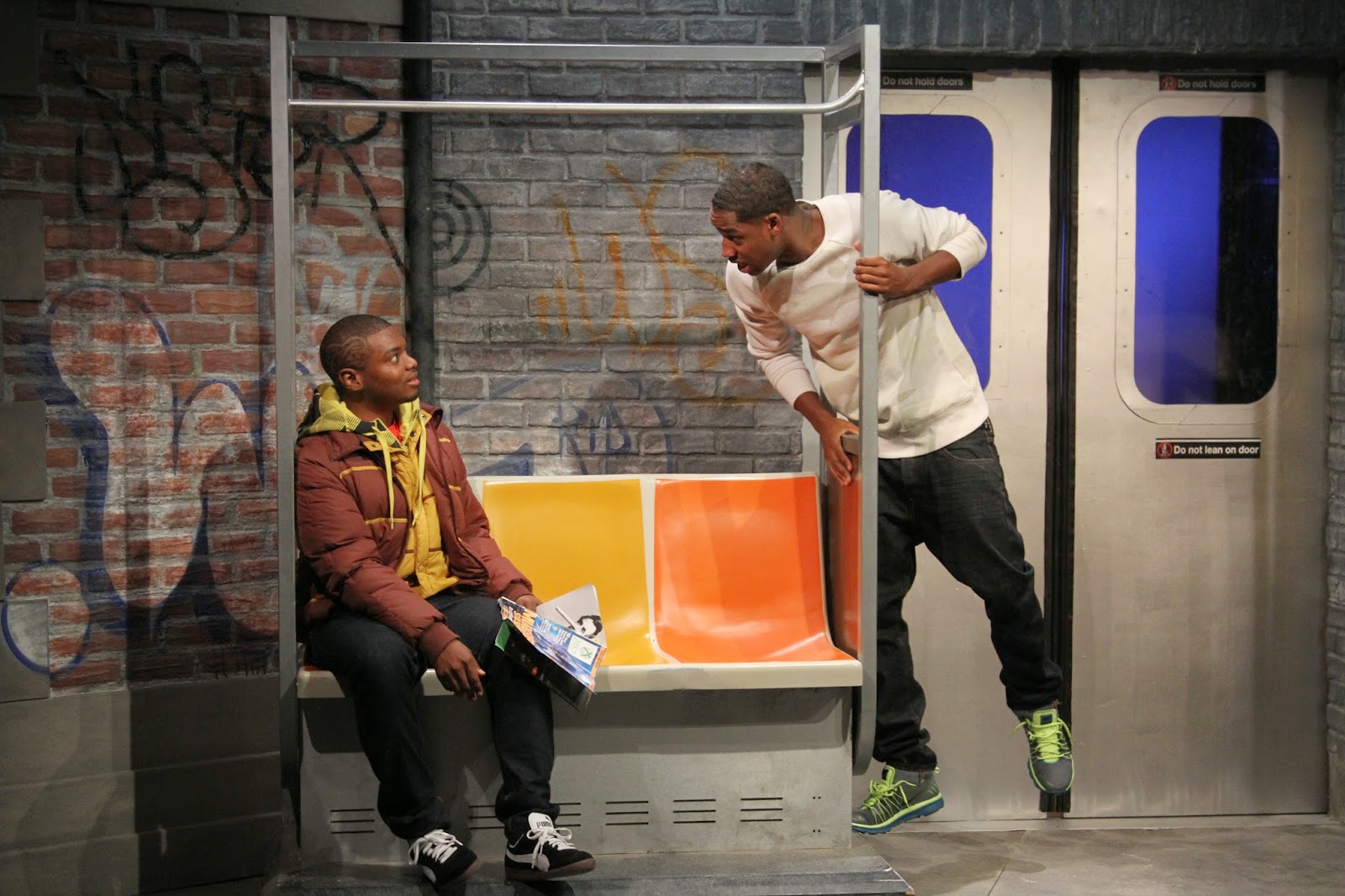 As its title, WHEN JANUARY FEELS LIKE SUMMER, suggests, climate change is one of this play’s chief themes. The play itself, however, is subject to its own sudden shifts in temperature, from hot to cold, or warm to cool; like the weather, it can be disconcerting. Cori Thomas’s play, which won the M. Elizabeth Osborn Award of the American Theatre Critics Association in 2011, was first produced at Pittsburgh’s City Theatre, but had its first reading in 2007 at the Momentum Festival, so it’s been kicking around for the better part of a decade before receiving its New York premiere at the Ensemble Studio Theatre, coproduced by Page 73. Set in Central Harlem and mingling a dramatis personae of African-American and East Indian immigrants in what is essentially a romantic comedy, it can veer from delightfully appealing to frustratingly implausible, and then to something else; it's not unlike one of its own scenes, when a January day shifts from warm and sunny to a sudden downpour that is itself replaced by snow. 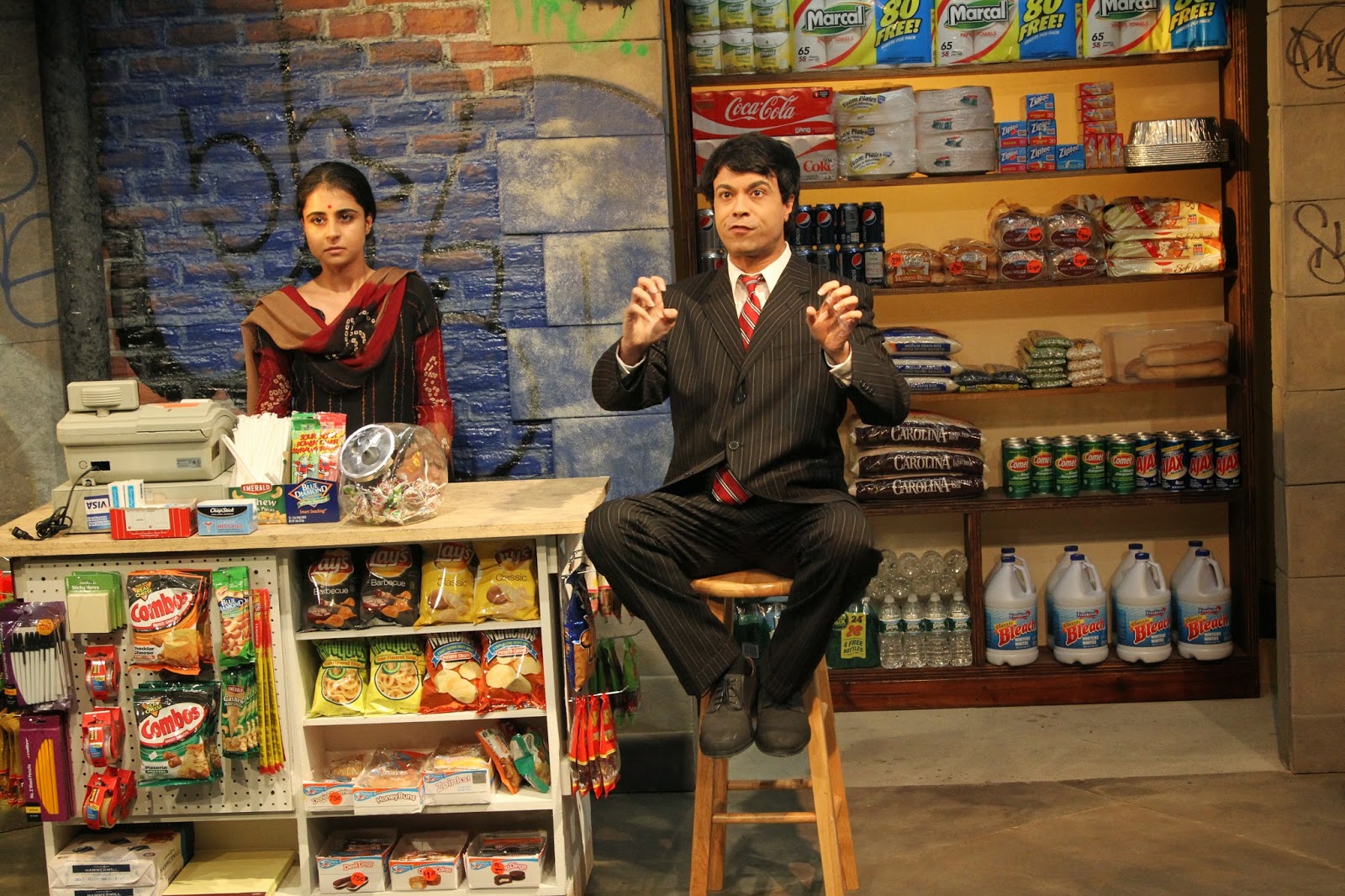 
WHEN JANUARY FEELS LIKE SUMMER, which has scenes set in a subway car, a convenience store run by East Indian immigrants, a hospital room, and an apartment, ties together a small but strikingly disparate group of local characters. Devaun (Maurice Williams) is an uneducated, malaprop-spouting, self-styled lover boy. Jeron (J. Mallory McCree) is Devaun’s only slightly better educated (he knows how to spell) best friend, but he’s less sure of himself with “wimmens.” Nirmala (Mahira Kakkar) is an unhappy Indian woman whose husband, Prasad, has been in a coma after being shot three years ago; she resists pulling the plug on him even though he neglected her sexually (she’s still a virgin) and his death could net her an insurance bonanza. She lives with her brother, Ishan (Debargo Sanyal), a former accountant, who prefers being called Indira because he’s undergoing sex change procedures, and wants the sharply resistant Nirmala to end Prasad’s life so he can use some of the money to have a gender reassignment operation. He’s also looking to open his own matchmaking business. Finally, there’s Joe (Dion Graham), a friendly, divorced (from a drug addict) African-American sanitation worker attracted to Nirmala. Joe becomes reluctant fodder for Indira’s matchmaking project.


The plot involves the trash-talking Jeron and Devaun becoming would-be activists on behalf of recycling as a way to prevent global warming, which they understand in only the most subterranean of ways but about which they’re nevertheless sincere. They also begin a personal campaign to report the potential danger of an acquaintance who put his hand on the homophobic Devaun’s shoulder when he was reaching for a Pepsi in a bodega’s refrigerator. Although the young men’s efforts to warn the community about the danger represented by this “predictor” (Devaun’s substitution for “predator”) are based on behavior toward Devaun that seems harmless enough, it turns out that the man is a real threat, which, incongruously enough, makes the boys New York heroes, although Jeron considers making money out of the free Metrocards he’ll be getting as a reward. 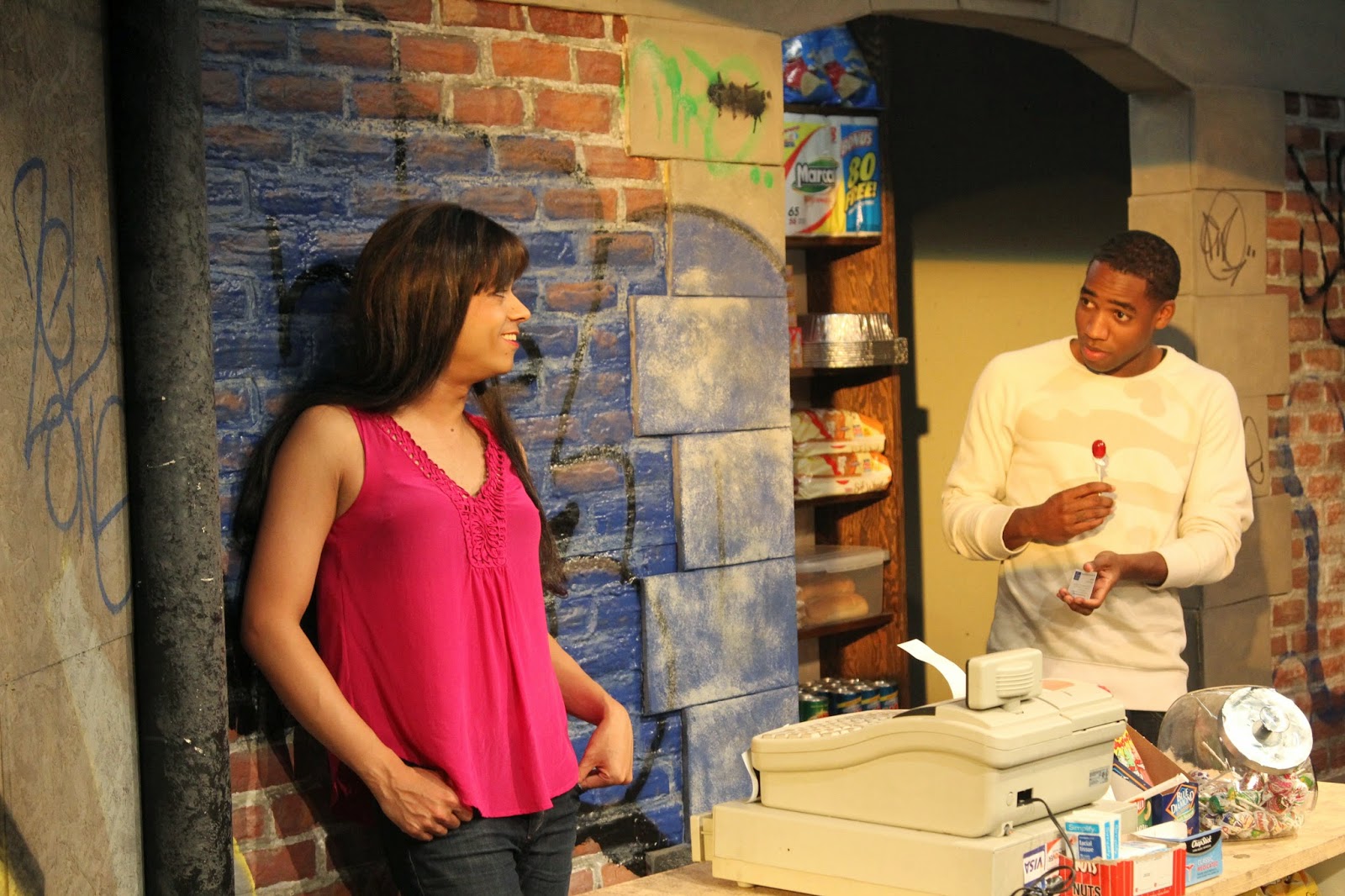 
Meanwhile, we watch the gradual transformation of Ishan into Indira as he begins to wear makeup, a flowing black wig, and feminine clothes, with the bulge at his chest produced by hormone treatments. In the most outlandish development, even though it’s the play’s big takeaway, Devaun falls for the smart, sassy, and considerably older Indira (she’s 28, Devaun is 20), who tries her best to ward him off. Her need for love, however, is too great to overcome his persuasive wooing and, when the moment for a sexual encounter finally arrives, Indira, who still has her original package, comes up with a remarkable story to explain what Devaun is going to find. Devaun, being the ignorant and gullible homeboy he is, buys her incredible explanation. Nirmala and Joe, the play’s two most believable characters, discard the garbage in their lives as they find happiness over a banana split. Smiling over everything is a tiny statue of the Indian elephant-boy god, Ganesh.


Ms. Thomas lards her dialogue with amusing and often poignantly honest lines. She has a good handle on the language-mangling remarks of Devaun and Jeron, although some may find they come a bit too close to sounding like an Amos ‘n Andy routine. Devaun and Jeron are sometimes depicted as dumb and dumber, at other times with more intelligence than you’d expect. Jeron imagines he’ll one day be a video game designer and shows an ease with smart phones that totally evades his buddy; however, when he’s urged to call a girl he’s interested in the first question he asks her is so off the wall you’d think he was 10 years old. Most implausible is Devaun’s inability to see that Indira is a guy; however femme the actor playing Indira may appear, there’s no mistaking his true gender, and the relationship is something we’re simply forced to buy. But when Devaun accepts Indira’s story about the unusual appendage he’s about to find in her nether regions, all plausibility flies out the window, and we’re relieved to return to the story of Joe and Nirmala, who, by comparison, seem the very model of normality.


A sit-com aura floats above WHEN JANUARY FEELS LIKE SUMMER. Ms. Thomas also hasn’t found a way to make her exposition seem fully organic; it’s often forced, with people blurting out things for the sake of getting the information out there. A long monologue spoken by Nirmala to her comatose husband (not seen) in the hospital is the most egregious of such moments, but there are others as well, such as Indira’s revelations about her gender switching plans to Joe, early in the play.


Mr. McCree and Mr. Williams offer convincing portrayals of brash, underprivileged, undereducated Harlem youth. Mr. Graham and Ms. Kakkar give the production a grounding in simple realism with their sincere and truthful characterizations, but Mr. Sanyal, in the play’s most challenging role, has a tendency to overplay a bit too much, with sarcastic facial expressions and vocal inflections that bring attention to him as a performer more than as a person. Still, there aren’t many actors who could pull off this kind of role convincingly, and the actor must be awarded kudos for getting as close as he does.


A full house gave the show a warm response when it ended, after a too-long, two hour and 10 minutes. My own response was somewhat cooler, more like when summer feels like January (March, actually).