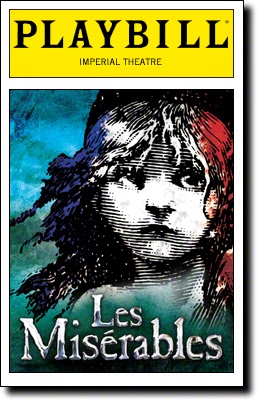 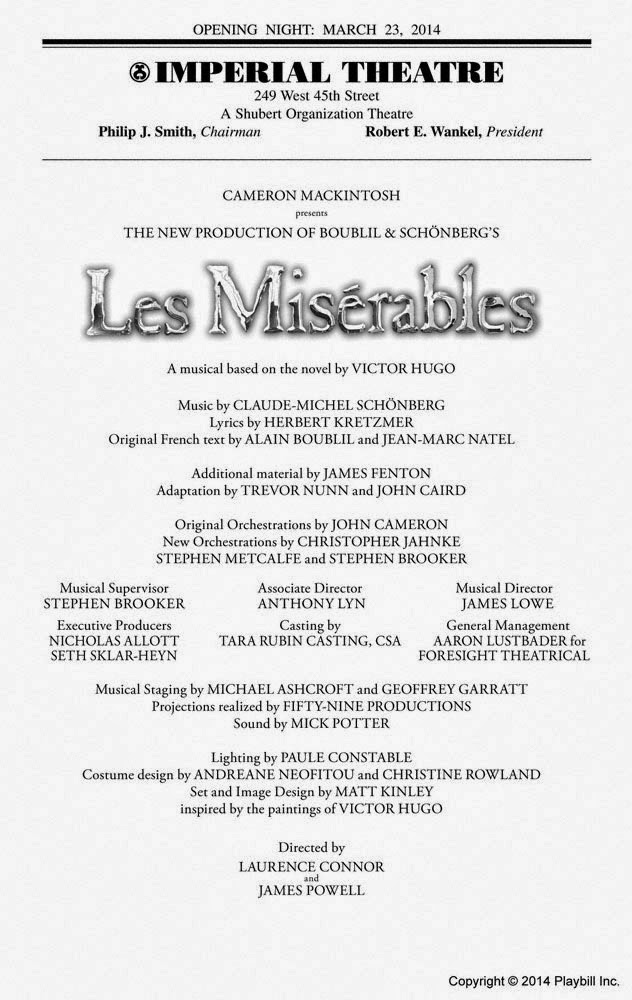 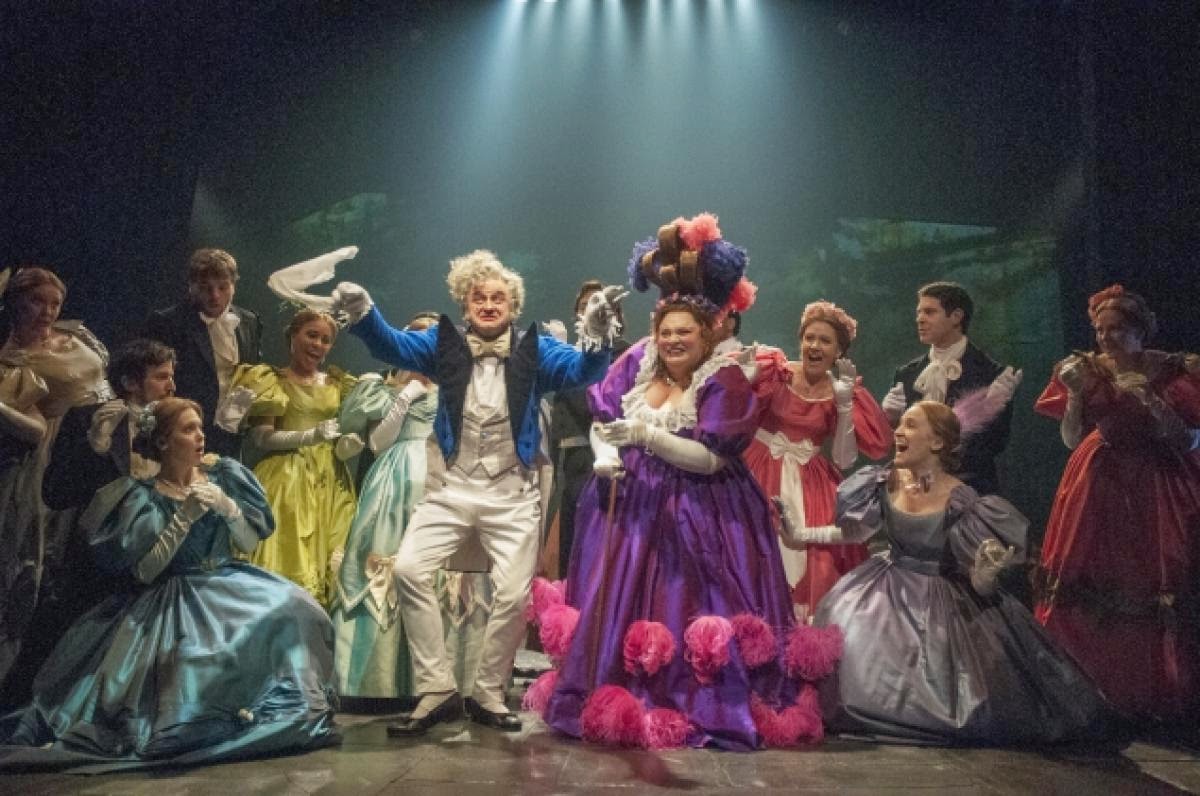 Cliff Saunders, Keala Settle. Photo: Michael Le Poer Trench.
LES MISÉRABLES, Claude-Michel Schönberg and Alain Boublil’s powerhouse musical adaptation of a French concept album based on Victor Hugo’s novel set in 1840s France, which premiered in London in 1985 and began a 6.680-performance Broadway run in 1987, is with us once again. It’s still running in London, and, of course, inspired a major movie version in 2012. Although revived on Broadway as recently as 2006 (to critical disfavor), it’s back at the Imperial Theatre (where its initial New York run was given) in a fresh staging by Laurence Connor and James Powell; original producer Cameron Mackintosh is still in charge. The famous revolving stage that served to move the multi-scened action along swiftly is gone, and designer Matt Kinley’s sets (inspired by Hugo’s paintings) move along on sliding stages, backed by imaginative moving projections (most markedly during the sewer sequence), designed by Mr. Kinley and realized by Fifty-Nine Productions. 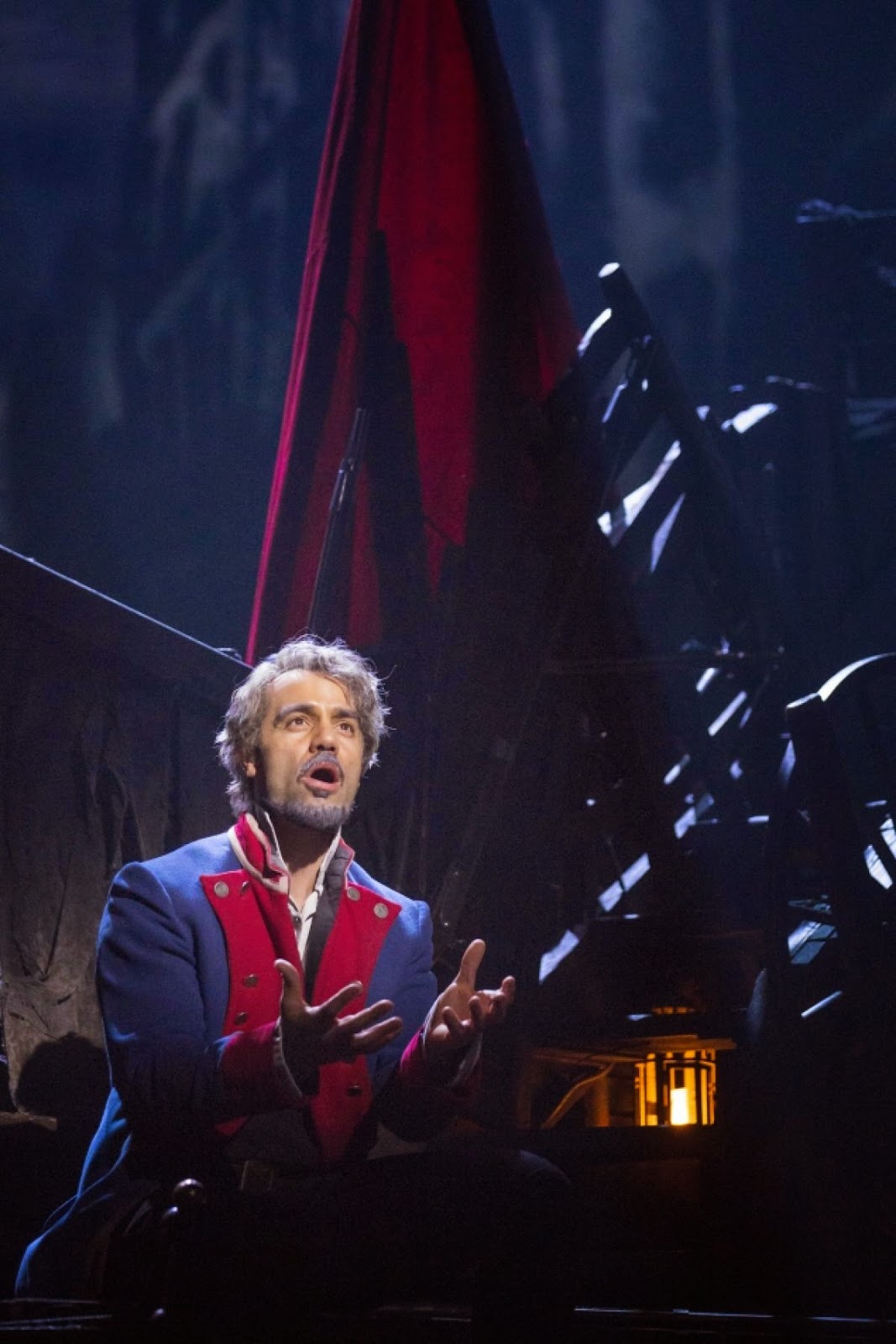 
The strong-voiced leading men are Iranian-born Canadian Ramin Karimloo as the noble hero, Jean Valjean, who served 19 years in chains for stealing a loaf of bread, and Will Swenson as his nemesis, the implacable police inspector Javert. Both sing and act with passion, sensitivity, and power. Mr. Karimloo’s falsetto singing of “Bring Him Home,” as he sits isolated in a spotlight, is exceptional.  Mr. Swenson’s “Soliloquy” is memorable, and the special effect of his suicidal leap off the bridge still spins in my brain. The comic leads, Thénardier and Madame Thénardier (“Master of the House”), are wonderfully played by Cliff Saunders and Keala Settle, both of whom capture the grotesqueries of this creepily comic couple. Ms. Settle, so good in last year’s HANDS ON A HARDBODY, makes the most of her corpulent presence, especially when she appears in the ballroom scene near the end in a fantastical costume bedecked with pompom-like adornments (courtesy of designers Andreane Neofitou and Christine Rowland). She also has a memorably rowdy bit with the contents of a chamber pot! The leading women, Caissie Levy as Fantine (“I Dreamed a Dream”), Nikki M. James as Éponine (“On My Own”), and Samantha Hill as Cosette, are serviceable but don’t make much of an impression. Andy Mientus is a suitably romantic Marius (“Empty Chairs at Empty Tables”). Big company numbers, like “Do You Hear the People Sing” and “One Day More,” are effective rabble rousers. 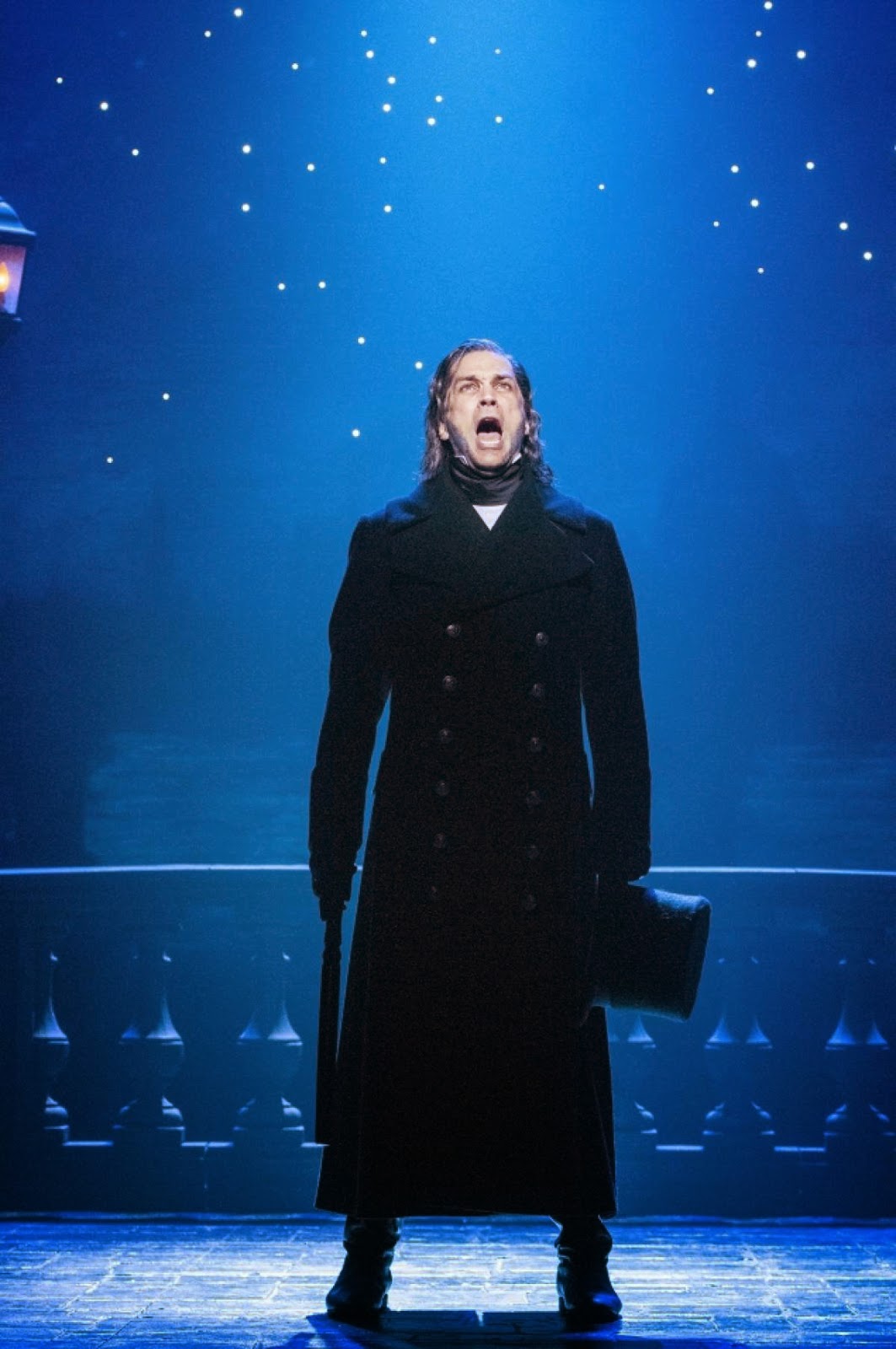 The new revival is beautifully designed, with outstanding chiaroscuro lighting by Paule Constable aiding Mr. Kinley’s painterly scenic concepts, but there’s a relentless darkness to the production, made even murkier by the persistence of fog effects, that weighs heavily on the nearly three hour-long show; the evening performances begin precisely at 8:00 so as not to run past 11:00, when overtime wages would kick in for the orchestra. While the music for this sung-through modern classic remains glorious and, for the most part, is gloriously sung, the show eventually grows tiresome. The production has garnered mainly positive reviews, which is understandable, but I have to admit to feeling that this production of LES MIZ was running a bit short on fizz..